Mainstream Renewable Power closed a deal to sell its 7.65-MW Carrickeeny Wind Farm to IKEA. Mainstream has commenced construction of the project which is located in Leitrim in the North West of Ireland and it is expected to be operational in early 2014 at which point IKEA will purchase the plant. As part of the deal Mainstream will continue operate and maintain the wind farm on behalf of IKEA for its 20-year lifespan. This acquisition will increase the total number of wind turbines that the IKEA Group has committed to owning and operating to 137. 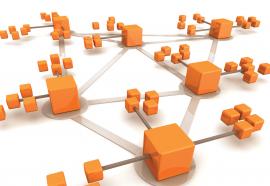 Toward a Self-healing Smart Grid

Building blocks of the self-healing grid are taking shape. End-to-end integration will enable the grid to achieve 21st-century resilience.

DONG Energy, E.ON and Masdar, marked the official inauguration of London Array, a 630-MW operational offshore wind power plant in Margate, Kent. Siemens was responsible for the supply of 175 wind turbines, the grid connections and will provide service under a long-term agreement with Dong Energy.

GE was awarded a contract with its consortium partner, Downer EDI Limited to supply, build and maintain 67 turbines at the $350 million Boco Rock wind farm in New South Wales, Australia. In addition to supplying and commissioning the wind turbine generators, GE will also provide $50 million worth of maintenance services over 10 years. The wind farm will be located outside of Nimmitabel, in the New South Wales Snowy Mountains region, and is permitted for potential future expansion to 121 turbines.

The National Nuclear Security Administration (NNSA) awarded a contract to Siemens to construct the federal government’s largest wind farm. The Pantex facility will consist of five 2.3-MW turbines on 1,500 acres of government-owned property east of the Pantex plant in Amarillo. Using an energy savings performance contract, Siemens will provide a turnkey wind farm system that includes a multi-year service, maintenance, and warranty agreement.

GE will supply 59 of its new 1.7-100 brilliant wind turbine to NextEra Energy Resources for a planned Michigan wind farm. GE’s latest development in wind turbine technology increases the rating on the 1.6-100 from 1.6 MW to 1.7 MW, boosting the power by 6 percent. With blades that extend 100 meters – a height of 33 stories – the 1.7-100 has the ability to capture additional energy, making it well suited to a variety of wind farm locations.

Xcel Energy expanded an agreement with the National Center for Atmospheric Research (NCAR) for renewable energy forecasting. In the next two years, NCAR scientists and engineers will develop custom forecasting systems to enable Xcel Energy control centers in Minneapolis, Denver, Golden, Colo., and Amarillo, Tex., to anticipate sudden changes in wind, shut down turbines ahead of potentially damaging icing events and even predict the amount of energy generated by private solar panels.