Spent Thanksgiving week in Hawaii. Plus a couple of days of the week after. Four of the days with either Hawaiian Electric or the Hawaii Public Utility Commission. Or both in the case of that sunny Tuesday, spending the morning with the utility and the afternoon with the Commission. 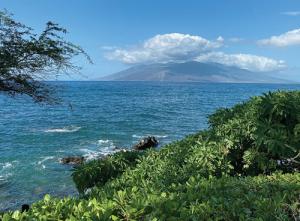 Though the beaches and waterfalls and forests of Maui were stunning, and though the food on all three islands we visited was spectacular, I have to say that our time with the good people of the utility and the regulator was the highlight. Yes, I know. That says it all about me, but hey.

We interviewed nine of the leaders at Hawaiian Electric and eight Commissioners and Staff at the PUC. After sitting in on a proceeding of the Commission, we were fortunate to meet the Consumer Advocate, and after exchanging business cards, were able to interview him over the phone a couple of weeks later. As we did with a member of Hawaii’s legislature.

Unquestionably, Hawaii is blazing the trail to a renewable-based electricity supply system. The state wants all electricity supply — all, as in a hundred percent — to be renewable by the year 2045. So Hawaiian Electric, the PUC and literally everybody else involved in the state’s electric industry is working towards this unprecedented and challenging goal.

You might be thinking that the hundred percent by 2045 goal is challenging but pshaw, what’s the fuss about? It’s not going to be that hard. Well, think again. The year 2045 is twenty-five years from now. Yes, that seems like a pretty good interval of time. Then again it’s not, if you’re creating a new electricity supply system — actually seven of them for the seven not-interconnected islands — a system that doesn’t exist anywhere else right now.