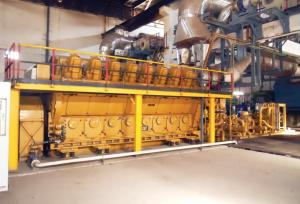 Caterpillar is supplying a turnkey 65-MW genset to Alberta Newsprint in Canada.

Duke Energy’s Buck and Riverbend steam stations, coal-fired power plants in the Charlotte area, will retire two years earlier than scheduled, drawing to a close more than eight decades of operations at each facility. Both stations had been slated for retirement in April 2015 in advance of upcoming federal environmental regulations; however, the company elected to retire Buck Units 5 and 6 and Riverbend Units 4 through 7 on April 1, 2013.

Constellation completed an aggregate 5.7-MW (DC) solar generation project for Portland General Electric (PGE) in Lake County, Ore. Constellation financed the system, and owns and operates it, selling output to PGE at a fixed rate under a 25-year agreement. The system comprises more than 20,000 ground-mounted photovoltaic (PV) panels. The project is expected to generate approximately 10 million kWh of electricity per year. 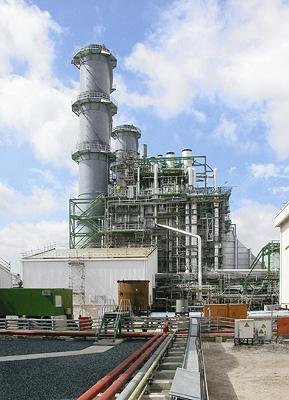 Siemens’s service contract at the 740-MW Phu My 3 plant in Vietnam was extended.

GE will install WindControl advanced software to help maximize energy output at two First Wind projects in Maine. The two wind farms are located in Rollins and Stetson. The Rollins site has 40 GE 1.5-77 turbines while Stetson contains 55 turbines. The WindControl software automatically controls the output of each turbine, versus an approach that depends on starting and stopping units to match changes in power demand. 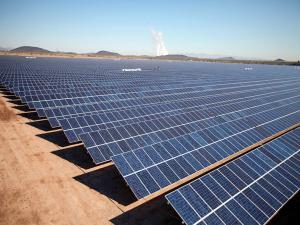 Sempra started operations at the first 150-MW phase of the Mesquite PV project in Arizona.

Sempra U.S. Gas & Power completed construction of Mesquite Solar 1, the first 150-MW phase of the company’s Mesquite Solar complex in Arlington, Ariz., about 40 miles west of Phoenix. The PV project now is operational and ranks among the largest in the United States.

Duke Energy Renewables completed construction of a 12.5-MW solar power project in Beaufort County, N.C. North Carolina Eastern Municipal Power Agency (NCEMPA) is purchasing the output under a 15-year agreement. Duke contracted with SunEnergy1, a solar design, engineering and construction company based in Mooresville, N.C., to build the 53,000-panel PV project. SunEnergy1 designed the array and will continue to handle operations, monitoring, and maintenance of the system.

Alstom signed a €250 million contract with Metals & Engineering Corp. (METEC) to supply turbines and generators for the hydro power plant of the Grand Renaissance dam, located on the Blue Nile in Ethiopia. Alstom will supply and supervise the installation of all electromechanical equipment for the plant, including eight 375-MW turbines and eight generators for the first phase. The contract also includes engineering and power plant commissioning, scheduled to start in late 2013 and finish in 2016. When completed, the 6,000-MW Grand Renaissance power plant will be the largest hydro project in Africa.

Trina Solar Limited (TSL) will supply 30 MW of PV modules to Gestamp Solar for two projects in South Africa. Large-scale solar systems will be installed in South Africa’s Northern Cape Province, in the towns of Prieska and De Aar, with the capacity to generate 20 MW and 10 MW respectively. According to terms of the agreement, deliveries will be made in the third quarter of 2013. 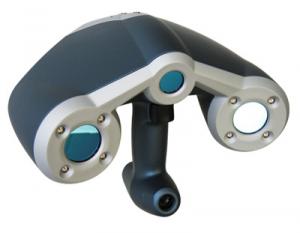 D.E. Shaw Renewable Investments (DESRI) and Bright Plain Renewable Energy (BPRE) completed financing the largest solar power project in Pennsylvania. The 5-MW (AC) solar farm was developed by Community Energy Solar in Lancaster County, Pa., and was acquired by an affiliate of DESRI in partnership with BPRE earlier in 2012. Exelon Generation contracted to buy the project’s output under a long-term agreement. groSolar acted as the engineering, procurement, and construction (EPC) contractor.

HERO Solar (Hamilton Energy Resource Opportunities) finalized an interconnect agreement with Progress Energy Florida for a 70-MW solar farm in Hamilton County, Fla. The companies entered the agreement after the completion of an interconnection study process.

Juhl Wind established an agreement with Honda Transmission Manufacturing of America to develop, install, and operate two utility-scale wind turbines that will generate electricity for the plant in Russell’s Point, Ohio. Juhl Wind is providing full development services along with construction management of the $8 million project, which is scheduled to be completed in 2013. Juhl acquired the development asset from NexGen Energy Partners in 2011, and is expected to take ownership in the project under its Juhl Renewable Asset subsidiary.

GE unveiled the 2.5-120 wind turbine, which the company claims is the world’s most efficient, high-output, and intelligent (“brilliant”) turbine. The 2.5-120 boasts a 25 percent increase in efficiency and a 15 percent increase in power output compared to GE’s current model. Advanced controls allow its 120-meter rotor to produce more output in low-wind areas. The first prototype is expected to be installed in the Netherlands, and is available for 50- and 60-Hz applications. 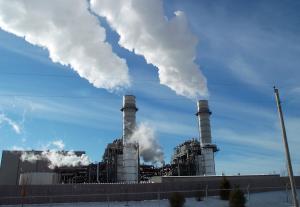 SunEdison signed an agreement with the Chilean mining and steel group CAP to build what is expected to be the largest solar PV power plant in Latin America and one of the largest in the world. The plant is designed to have an installed capacity of 100 MW (DC) and will be located in the Atacama Desert. The plant will be built using SunEdison technology, with more than 300,000 Silvantis monocrystalline silicon modules. Once completed, the project will be managed by the SunEdison renewable operations center.

Duke Energy Renewables installed a 36-MW energy storage and power management system at its Notrees Windpower Project in West Texas. Xtreme Power designed, installed, and will operate the system. In addition to increasing the supply of renewable energy during periods of peak demand, Duke expects the system will help stabilize grid frequency. Duke is working with the Energy Reliability Council of Texas (ERCOT) to help manage frequency.

Georgia Power is making 10 smart chargers available to employees at its headquarters in Atlanta to enable EV charging while at work. The program is part of ECOtality’s EVproject—a public-private partnership with the Department of Energy that evaluates the effectiveness of EV charger infrastructure. The company also will add additional chargers at other business locations around the state.

LaGrange County REMC began deploying a Sensus FlexNet utility network and iCon A electric meters for more than 7,000 residential, commercial and industrial customers across parts of four counties in northern Indiana. The utility recently concluded construction and installation of its five base stations. The project is expected to be complete within five to six years as legacy meters are replaced with Sensus digital meters.

Echelon and ELO Sistemas Eletronicos, a large meter manufacturer in Brazil, announced plans to deploy a 3,400 unit pilot—the Parintins City Project—with Eletrobras. ELO’s system consists of a dual mode smart meter that communicates over power line or by radio frequency through Echelon’s multipurpose expansion port (MEP) feature. Echelon is providing smart sensor and metering sub-systems to ELO, using its energy control networking platform. By the end of 2013, ELO will deploy another 12,000 smart meters as part of this project.

Itron signed a contract with Pomerania Gas to supply nearly 200,000 residential and commercial gas meters. The meters will be deployed over the next three years. Situated in north Poland, Pomerania Gas serves approximately 764,000 customers.

Pacific Gas and Electric (PG&E) added a laser scanner device to its technology systems used to enhance gas pipeline safety in the field. The device, called EXAscan, is held a few inches above a section of pipeline and produces a three-dimensional, color-coded view of the pipeline on a monitor. Accurate within 0.0016 of an inch, the device can detect potential safety concerns such as corrosion, dents, or warping within a pipeline.

Alstom signed two contracts totaling approximately €16 million, with National Power Transmission (NPT), a subsidiary of Vietnam Electricity Group (EVN) to supply primary equipment and materials for the 500/220-kV My Tho and Vinh Tan substations in South Vietnam. Alstom will provide all electrical materials and equipment, as well as supervisory services for the air-insulated substations.

American Transmission will begin construction activities on the $31 million Pleasant Prairie-Zion Energy Center transmission line, a new 5.8-mile, 345-kV line in southeastern Wisconsin and northeastern Illinois. The new line will relieve congestion on the existing system and will largely follow the existing railroad right-of-way between the two endpoints. The project is expected to enter service by August 2013.

The Atlantic Wind Connection (AWC) selected Bechtel as its EPC contractor and Alstom as its HVDC technical advisor for the first phase of the 3,000-MW New Jersey Energy Link transmission project. The offshore transmission cable, buried under the ocean, will link energy resources and users in northern, central, and southern New Jersey. Construction will begin in 2016 with the first of three phases completed in 2019.

Dr. Glenn R. George, an energy economist and consultant, joined KPMG as a principal in its dispute advisory services network. George most recently served as a partner at Bates White Economic Consulting.

Capgemini launched a new service offering for utilities, focused on digital transformation. The service is designed to accelerate the adoption of digital processes by utilities, transform the way they interact with and understand customers, and drive efficiencies across their organizations. Clients will have direct access to studies, thought leadership, and technology demonstrations.

Alstom Grid and Capgemini signed a global alliance agreement to pursue joint commercial opportunities for their combined smart grid solutions. Together, the two companies will launch a real-time, cloud-based, integrated distribution management system and a new cloud-based demand response (DR) management system. Built on Alstom’s e-terra 3.0 network management software platform, the services are expected to provide real-time distribution and DR management from a cloud environment. The companies say the system will save costs and increase reliability.