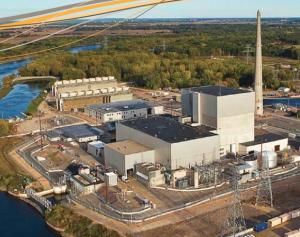 Progress Energy Florida, a subsidiary of Duke Energy, will retire the Crystal River nuclear plant in Citrus County, Fla. The company is reviewing alternatives to replace the power produced by the unit, including the potential construction of a new natural gas-fired plant. The nuclear unit, which began operating in 1977, was shut down in the fall of 2009 for refueling and replacement of its steam generators when a delamination was discovered in the outer layer of the containment building’s concrete wall.

Babcock & Wilcox mPower (B&W mPower) and the Tennessee Valley Authority (TVA) signed a contract to prepare and support nuclear regulatory commission (NRC) review of a construction permit application for a B&W mPower small modular reactor (SMR) at TVA’s Clinch River Site in Oak Ridge, Tenn. The DOE awarded a cost-sharing grant to B&W mPower in November 2012. Preliminary work at the Clinch River site is expected to begin once B&W mPower and the DOE sign a cooperative agreement for the grant funds. TVA expects to submit the construction permit application to the NRC in 2015.

Xcel Energy began a scheduled refueling outage at the 600-MW Monticello Nuclear Generating Plant, which includes work to increase output by 71 MW and improve plant efficiency. The uprate project, which includes equipment upgrades that started in 2009, will cost $500 million. Bechtel serves as the primary contractor, with subcontractors GE, PCI, Day & Zimmerman, Sulzer, and Collins Electric, among others. About 2,000 workers will be onsite during the outage. To meet electric demand while the plant is offline, Xcel Energy increases electricity production at its other generating plants, and purchases power on the Midwest Independent Transmission System Operator wholesale market and directly from other utilities. 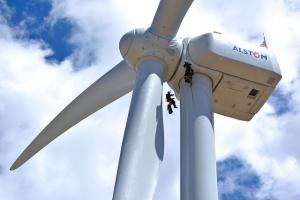 NRG Solar started commercial operations for the Alpine solar generating station, a 66-MW (AC) photovoltaic (PV) facility, which NRG says is the largest fully operational solar plant in California. The station’s output will be sold to Pacific Gas & Electric under a 20-year agreement.

The Minnesota Public Utilities Commission will re-examine the proposed 78-MW Goodhue wind project in Goodhue County, given changes in the ownership structure, financing, date of service, and operating elements of the project. New Era (formerly AWA Goodhue), the current project owner, and Xcel Energy, the power purchaser, are currently renegotiating the project milestones, including the in-service date. 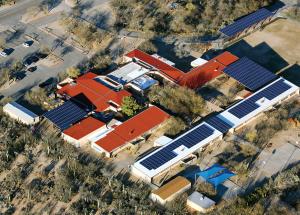 Solon also installed a 459-kW PV system at the Reverse Osmosis Water Treatment Facility for the Town of Gila Bend, Ariz. The system is expected to offset the energy usage of the water treatment facility by 86 percent. Solon designed, constructed, and commissioned the fixed-tilt system and will operate and maintain it.

M and B Switchgears Ltd. in Madhya Pradesh, India, awarded a contract to AEG Power Solutions to provide inverters for a 30-MW solar power project. Delivery is expected in the first quarter of 2013. M and B, a transformer manufacturer, signed an agreement with the government of Madhya Pradesh last October to develop nearly 100 MW of solar power plants throughout the state.

Siemens won a € 300-million ($393-million) order to supply a single-shaft power island with H-class technology for the 600-MW Samsun Cengiz Enerji combined-cycle power plant in Turkey. The customer is Cengiz Enerji Sanayi ve Ticaret A.S., an independent power producer that will build and operate the plant. Siemens says the plant will generate power with an efficiency of almost 61 percent. Commissioning is scheduled for early 2015.

The National Institute of Standards and Technology (NIST) announced the first step in the development of a cybersecurity framework for critical infrastructure protection, a set of voluntary standards and best practices to guide industry in reducing cyber risks. Pres. Obama called for the framework in an executive order. In accordance, the secretary of commerce directed NIST to lead the framework’s development to reduce cyber risks to critical infrastructure, such as power, financial, transportation, and communications systems. 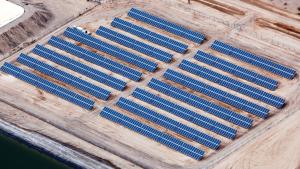 The Bonneville Power Administration (BPA) awarded a $260-million contract to ABB to upgrade the existing Celilo HVDC (high-voltage direct current) converter station in Oregon. Commissioned in 1970, the station is part of the electricity link between the Pacific Northwest and Southern California. The converter station is located at the north end of the 3,100 MW Pacific DC Intertie, also known as Path 65.

PacifiCorp and the California Independent System Operator (CAISO) entered a memorandum of understanding to work toward creating a real-time energy imbalance market (EIM) by October 2014. If the market is implemented, PacifiCorp—which controls two balancing authorities primarily covering portions of six states, including part of Northern California—would participate in a co-optimized real-time energy market facilitated by the ISO. The joint agreement applies only to the EIM service. PacifiCorp stressed that it isn’t joining the ISO and will maintain control of its assets and responsibilities for serving customers.

Landsnet, the Icelandic transmission system operator, awarded $10 million order to ABB to supply a high-voltage submarine and underground power-cable system that will transport electricity from the mainland to the volcanic island of Heimaey. The new 72-kV line will replace an existing cable that is approaching the end of its operating life. The 17.5-km line will include a 13-km submarine section, a 4.5-km underground section, and an integrated fiber-optic cable for telecommunications and temperature monitoring. As part of the turnkey contract, ABB is responsible for design, engineering, submarine cable laying, joints and terminations, testing and commissioning. 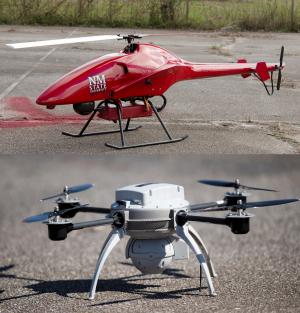 NB Power awarded a contract to ABB to upgrade the Eel River high-voltage direct current (HVDC) converter station, located near Dalhousie, New Brunswick. The bidirectional station transfers up to 350 MW and is one of two facilities allowing power exchange between New Brunswick and Quebec, providing access to Maritime and New England markets.

Echelon was selected to provide smart grid systems for the Smart Grid Gotland project, a technology demonstration on the island of Gotland, Sweden. The project is sponsored by a joint venture of Vattenfall, Gotland Energy, ABB, Swedish National Grid, Schneider Electric, and the Royal Institute of Technology, and is partly financed by the Swedish Energy Agency. Echelon will provide control and operating systems, as well as 3,000 grid-sensing smart meters.

IBM was selected to operate Independent Electricity System Operator Ontario’s meter data management and repository (MDMR) system with new computing infrastructure and an updated operating environment. The five-year, $68.5 million contract includes options to extend to seven or 10 years. Under the agreement, IBM will develop the overall performance of the MDMR through new computing and networking infrastructure, disaster recovery capabilities, and operational improvements to reduce risk and costs.