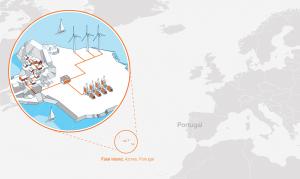 ABB commissioned a microgrid control system on the Atlantic island of Faial.

ABB delivered and commissioned a microgrid control system that enables the Portuguese island of Faial in the Atlantic Ocean to add more wind energy to its power mix without destabilizing the network. The island of 15,000 inhabitants has an electricity network that operates as a self-contained microgrid, powered by six oil-fired generators producing up to 17 MW of power. The control system will calculate the most economical configuration, ensure balance between supply and demand, maximize the integration of wind energy, and optimize the generators so the entire system performs at peak potential.

Wood Group GTS was awarded a six-year contract to provide maintenance services for a GE Frame 7EA gas turbine at an unnamed manufacturing facility in Texas. The contract includes all major maintenance services, including parts, repairs, and field services, as well as monitoring and diagnostics technology. The customer’s accelerated process required Wood Group to install systems before the next scheduled turbine inspection in spring 2014. 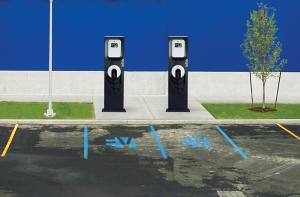 First Wind reached an agreement with Burlington (Vt.) Electric Department (BED) to sell the power generated from the planned 54-MW Hancock wind project near Ellsworth, Maine. First Wind will sell 25 percent of the power and renewable energy certificates (REC) generated for the next 10 years under a fixed-price agreement. When built, the Hancock project will include 18 turbines with a capacity of 3 MW each, located near the operating 34-MW Bull Hill wind project in Hancock County, Maine, which began operations in November 2012.

SunEdison plans to build a PV project in partnership with New York City, with groundbreaking expected in the second half of 2015. The project will consist of two PV systems totaling up to 10 MW in size, on 47 leased acres at the 2,200-acre Freshkills Park reclaimed landfill site.

EdF Renewable Energy ordered 220 MW of V100-2.0 MW wind turbine generators from Vestas. The order is part of the master supply agreement announced in September 2013, for two projects totaling 300 MW in the Texas Panhandle: Hereford 1 and Longhorn North. Deliveries and commissioning of both projects are expected in the second half of 2014. 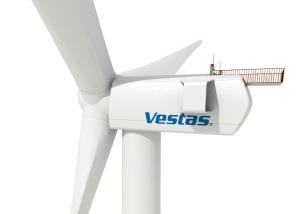 EdF ordered 220 MW of Vestas 2-MW wind turbines for a pair of projects in the Texas Panhandle.

MidAmerican Energy ordered 448 wind turbines from Siemens totaling 1,050 MW. The wind turbines, each with a nominal rating of 2.3 MW and a rotor diameter of 108 meters, are expected to be installed in five different projects in Iowa. Siemens will also be responsible for service and maintenance of the wind turbines. 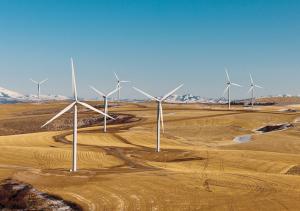 Xcel Energy began work on a new substation in the town of Brunswick, Wisc. The substation will tie into an existing transmission line. Xcel Energy received all state regulatory approvals in early November, and construction work began in late November. The substation is scheduled to be in service by April 2014 and is estimated to cost $4 million. 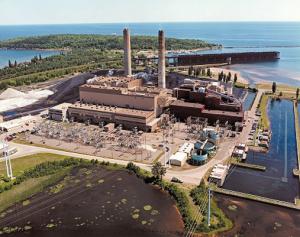 We Energies and Wolverine Power Coop ended plans to jointly own and upgrade the Presque Isle power plant.

PJM approved a $1.2 billion 345-kV double-circuit transmission investment designed to resolve short-circuit concerns in northern New Jersey. The project, to be developed by PSE&G, will enhance the reliability of the transmission infrastructure and allow for handling of increased load over the next several decades. The upgrades will span from the Linden to Bergen power plants and include upgrading ties to Newark Airport, the Hudson Power Station, and New York City connections. Construction is expected to be completed within 48 months.

UNS Energy approved a definitive merger agreement with Fortis, Canada’s largest investor-owned gas and electric distribution utility. Fortis expects to acquire all outstanding common stock of UNS Energy for $60.25 per share in cash. The $4.3 billion transaction includes the assumption of approximately $1.8 billion in debt, and would provide capital for UNS Energy’s subsidiaries, including Tucson Electric Power (TEP) and UniSource Energy Services (UES). The transaction is subject to regulatory approvals.

We Energies and Wolverine Power Cooperative ended their joint venture at the Presque Isle coal-fired power plant in Marquette, Mich. The venture would have resulted in joint ownership of the plant, along with the installation of state-of-the-art emission controls. We Energies intends to enter a one-year contract with MISO for the output of the Presque Isle plant, while it evaluates long-term options for the plant, including the possibility of soliciting other potential buyers for some or all of the plant’s capacity.

UBS International Infrastructure Fund (UBS) agreed to acquire a 50-percent equity interest from EdF Renewable Energy (EdF) in the 161-MW Spinning Spur II wind project in Oldham County, Texas, when construction is complete in July 2014. Construction began in June 2013 at the project, which will use 87 GE wind turbines with a capacity of 1.85 MW each. The project will use the new Competitive Renewable Energy Zones (CREZ) transmission lines.

EdF Renewable Energy acquired the 5.86-MW Lancaster solar project from Urban Green Technologies (UGT), and began construction. The Town of Billerica, Mass., will purchase the plant’s output under a long-term agreement. EdF will develop, own, and operate the project with commercial operation expected in spring 2014. M+W U.S. is building the project under an EPC contract, with Gehrlicher Solar America (GSAC) as subcontractor. Terms of the sale weren’t disclosed.