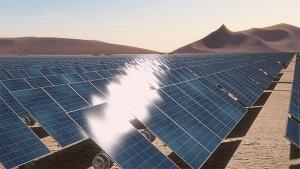 Xcel Energy, the EPA, and the Colorado State Land Board joined community solar developer Clean Energy Collective (CEC) to officially open Denver County's newest community solar facilities - two 500-kW solar arrays in Denver County. Developed on a 5-acre site at the Evie Garrett Dennis School campus in northeast Denver, the two medium-scale solar PV arrays, consisting of more than 4,000 panels, are the eighth and ninth arrays CEC has brought online as part of Xcel Energy's Solar Rewards Communities program. Through the community solar model, any Xcel Energy ratepayer in Denver County can purchase individual panels in the shared arrays, from one kW up to enough panels to off-set all of their electricity needs.

SunEdison and BlueWave Capital completed a 1.8-MW solar power plant constructed on a remediated EPA Superfund site in New Bedford, Massachusetts. The City of New Bedford is the owner and host of the site and will purchase the net metering credits generated from the system. SunEdison partnered with BlueWave Capital to develop the project, arranged construction financing and permanent financing for the project, and managed local partners to provide EPC services. In addition to owning and hosting the site, the City of New Bedford signed a 20-year net credit purchasing agreement with SunEdison.

ReneSola Ltd will develop a 13-MW solar project in Dorset, England and expects the solar farm to be fully operational and connected to the national energy grid by end of 2014. The company has identified a number of potential buyers for the project, which received planning consent in January 2014 and is eligible for the United Kingdom's support scheme to promote renewable electricity-generating technologies. The project will feature ReneSola PV modules exclusively, specifically the Virtus II. 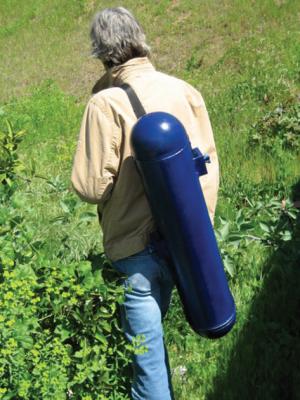 Google agreed to provide $145 million in equity financing for the Regulus, SunEdison's largest developed and constructed project in North America. Located in Kern County, Calif., the Regulus plant will begin operation later this year, and will supply power to Southern California Edison through a 20-year PPA. SunEdison developed, designed, executed the structured financing and is constructing the Regulus project, which was contributed to TerraForm Power. The 737-acre 82-MW DC solar PV power plant will be comprised of over 248,000 SunEdison mono-crystalline solar PV modules. This agreement represents the 17th renewable energy investment project for Google.

AWS Truepower was hired to act as independent engineer to support the financing and construction of the Ventika I & Ventika II wind projects in Nuevo Leon, Mexico. The Ventika Wind Project consists of two 126-MW wind projects, for a total capacity of 252 MW, making it the largest wind project in Mexico at the time of financing. The total investment for the projects is $650 million, secured by co-developers CEMEX and Fisterra Energy. AWS Truepower acted as the energy consultant and engineer in the debt financing for the project, and is providing construction monitoring on behalf of the lenders and project sponsors through to substantial completion of the projects, expected in the second quarter of 2016. The Ventika I and Ventika II projects will utilize 84 Acciona AW 3000 wind turbines. Construction began in the second quarter of 2014 and commercial operation is expected by the second quarter of 2016.

PPL Montana has agreed to sell its hydroelectric facilities to NorthWestern Energy. Montana Public Service Commission voted to prepare an order approving NorthWestern Energy's request to purchase the facilities. The agreement includes PPL Montana's 11 hydroelectric power plants, which have a combined generating capacity of more than 630 MW, as well as the company's Hebgen Lake reservoir. PPL The purchase price for the hydroelectric generating facilities is $900 million in cash, subject to certain adjustments. 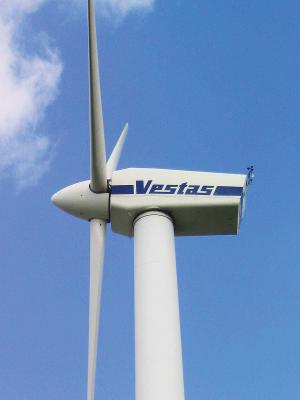 Sweden's Electrolux AB paid $3.3 billion in cash for General Electric's appliances business. GE's century-old household appliance business could help the Swedish company expand beyond its core European market, where growth has trailed that in North America. The deal will be financed by a bridge facility, and the company plans a rights issue to raise about 25 percent of the price after the deal's expected closing next year. General Electric put the profitable but low-margin appliance business up for sale in 2008, but talks fizzled out as the global recession took hold.

Dominion acquired two solar energy projects totaling 42 MW from EDF Renewable Energy. The acquisitions of the California projects are expected to close in 2015. The 24-MW Cottonwood project, with solar sites located in Kings, Kern and Marin Counties, has secured a 25-year PPA, interconnection agreements and will come online in the first half of 2015. The Catalina Solar 2 project, located in Kern County, has secured a 20-year PPA, an interconnection agreement and an EPC contract. The 18-MW solar energy facility is expected to enter service in the second quarter of 2015.

Itron was selected by ERDF (Électricité Réseau Distribution France), which serves as the electricity distribution network operator in France and distribution subsidiary of the Electricité de France Group (EDF), for its Linky smart grid program. Itron will be a major supplier of Linky smart meters for the first phase of the program. The Linky project aims to improve the distribution of electricity in France with an intelligent metering and communications network. In total, ERDF will replace 35 million meters, meeting the EU directive for 80 percent of meters to be smart by 2020. With this contract, Itron will supply from 1.2 million up to 1.6 million of the Linky smart meters to be deployed by ERDF for the first phase of the program. Itron will deliver the meters from September 2015 through the end of 2016.

Southwest Power Pool plans to expand across the northern plains.

Siemens received an order for the turnkey delivery of the grid connection for the Dudgeon offshore wind farm. The customers are the Norwegian Utilities Statoil and Statkraft, which are jointly implementing the wind farm off the coast of the U.K. Siemens will supply the entire power transmission system, including the two transformer substations - one onshore and one offshore - for the 402-MW project. Siemens had previously received an order in August to deliver 67 wind turbines in the new 6-MW class as well as to maintain the wind farm. The grid connection is scheduled to be completed by the end of 2016, and the installation of the wind turbines is expected to begin in early 2017.

ABB won an order worth over $30 million from Public Service Electric & Gas (PSE&G) to supply gas-insulated switchgear (GIS) for substations to boost the reliability of transmission infrastructure in New Jersey. ABB's order includes design, supply and commissioning of ABB's 550 kV GIS type ELK-3, a compact and modular solution. PSE&G is spending $4 billion between 2014 and 2016 to upgrade its electricity infrastructure to meet demand for electricity.

ComEd, in partnership with Silver Spring Networks and Accenture, hosted its SmartGridExchange Forum, bringing together leading technology and innovation companies, including Oracle, NestLabs, Home Depot, GE Energy, and the Energy Foundry, with other customer and stakeholder organizations, including the City of Chicago, Citizens Utility Board and Smart Grid Consumer Collaborative, to discuss how to leverage the smart grid to deliver increased value to consumers. Forum discussions highlighted the need to build a customer energy ecosystem that will allow businesses to develop new energy products and solutions, and allow utilities to enable this innovation.

The Southwest Power Pool (SPP) has asked to revise its membership agreement to admit three new transmission-owning members: (1) the Upper Great Plains Region (Western-UGP) of the Western Area Power Administration, which operates as a federal PMA (power marketing administration), along with (2) Basin Electric Power Co-op, and (3) Heartland Consumers Power District, a political subdivision of the state of South Dakota, identified in the proposal as the "Integrated Systems," or "IS Parties." The deal as proposed would mark a substantial territorial expansion for SPP, building out its footprint to extend all the way North to the Canadian border, and bringing under SPP operational control some 9500 miles of transmission lines, rated 115kV to 345kV, stretching across a seven-state region, including a large swath of northeastern Montana, small parts of Wyoming, Nebraska, Iowa, and Minnesota, and extending across nearly all of North and South Dakota. If approved by the Federal Energy Regulatory Commission, the move would extend SPP operations into the Western Interconnection. (See FERC Dkt. Nos. ER14-2850, & 2851, filed Sept. 11, 2014.)

In the wake of the D.C. Circuit's controversial ruling in EPSA v. FERC, which overturned FERC Order 745 on how much to pay to suppliers for bidding demand response into energy markets, and which declared demand response to be outside of FERC jurisdiction, the PJM Interconnection has issued an informal white paper throwing out ideas on how it might re-imagine the way in which market participants might bid demand response into the region's capacity market, known as the Reliability Pricing Model, or RPM. The white paper, issued on October 6, 2014 ("The Evolution of Demand Response in the PJM Wholesale Market"), attempts to circumvent the court's ruling by redefining demand response not as a "resource," but as a commitment to curtail, which would be offered by a load-serving entity. PJM then would treat demand response as a reduction in the LSE's capacity obligation, so that a demand response bid in an RPM base residual auction that clears the market would be modeled as having shifted to the left (reducing the quantity term) the RPM's downward-sloping demand curve, otherwise known as the VRR Curve (Variable Resource Requirement). In a press conference held the same day of the release, PJM General Counsel Vince Duane described the initiative not as a formal proposal, but as a sort of thought experiment, floated to guage stakeholder reaction.