The Economics of Clean Power

And how the market has outmaneuvered the political forces, so far.

Ken Silverstein is Editor-in-Chief of Public Utilities Fortnightly. Reach him at ksilverstein@fortnightly.com.

Regardless of one’s position on human-induced climate change, the fact remains that the subject and the resulting ramifications have altered the utility landscape, pushing companies to use cleaner fuels and to take on new technologies. And the Clean Power Plan is the manifestation of that cause. 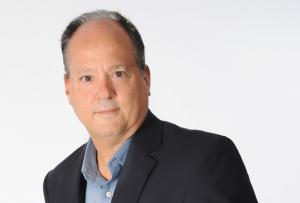 In August, the Obama administration’s Environmental Protection Agency released its details, which will require a 32-percent reduction in carbon dioxide emissions by 2030, as measured from a 2005 baseline. The states will have one year to turn in their blueprints – a flexible strategy that could involve using more renewables or retiring coal plants and relying more on natural gas.

States that fail to comply will have a plan foisted upon them by federal regulators, which is unlikely to satisfy their utility clients that have established relationships with state utility commissioners. Many, including American Electric Power, Duke Energy and Southern Co. – to name three – have already begun transitioning to natural gas.

“A gas plant is much cheaper than a coal plant – about a fourth of the cost, and it is simpler to run,” says Charles Bayless, former chief executive of the Tucson Electric Company and the Illinois Power Company.

Over dinner, the Appalachian-born-and-bred Bayless went on to tell this reporter that climate change is a scientifically-proven phenomenon that requires immediate action. But, he adds, it is a global problem that requires a universal commitment – otherwise the economic burden won’t be evenly spread. To that end, Bayless says that coal country does not want to unilaterally disarm.

Bayless is expected to express that view at Public Utilities Fortnightly’s conference on November 17-18 in Phoenix, Arizona. Other speakers there will take similar views, emphasizing that the future is in the New Energy Economy – one that relies increasingly on sustainable fuels, onsite generation, and localized microgrids.

Other confirmed speakers, meanwhile, will highlight the importance of central generation that takes advantage of modern, smart grids. Such technology increases efficiencies and makes room for more green electrons.

To this end, the United States appears well on its way to meeting the goals of the Clean Power Plan. Power companies have reduced their carbon emissions by 15 percent from 2005 levels just by switching from coal to natural gas, says the U.S. Energy Information Administration. To boot: natural gas is expected to remain favorably priced, given current production rates and the availability of shale reserves.

While former CEO Bayless says that economics remains the driving factor behind the shifting sands, there are plenty who would put the blame on the Obama administration and its “War on Coal.” One of those is the Chief Executive of Murray Energy, Bob Murray, who has filed suit against the EPA and who has personally hit the streets to campaign against the president.

At the heart of CEO Murray’s lawsuit is what he calls a “power grab” – the “unconstitutional” taking of “private property.” More than 400 coal plants have either been closed or will be because of the administration’s “illegal” actions:

“The Obama EPA has waged an all-out War on Coal, promulgating a series of rules and regulations seeking to eliminate the United States coal industry, and the very good jobs and low-cost electricity which it provides,” the company said in a prepared statement after it initially filed suit in 2014. “Indeed, the lives and livelihoods of entire families in many regions of America are being destroyed.”

Murray, who will speak at Fortnightly’s November conference, has support among coal country’s lawmakers. For example, Senate Majority Leader Mitch McConnell, R-KY., has urged the states to disregard the administration’s mandates. He and the editorial writers at the Wall Street Journal are arguing that the law must first be litigated to see if it even passes constitutional muster.

Both McConnell and the Wall Street Journal go on to say that while EPA will threaten federal intervention if the states fail to act, it won’t have the financial resources to carry out that ultimatum, or the statutory authority.

That effort, meantime, is coinciding with the actions of at least 15 state attorneys general who have also filed suit against the EPA, maintaining that the provisions of the 1970’s-era Clean Air Act under which the rules were written are not applicable and that the costs of the Clean Power Plan far exceed the benefits. Just as the U.S. Supreme Court remanded the mercury rule back to a federal district court, it should do the same with respect to the carbon regulation, that suit maintains.

“We urge states to contest the rule vigorously and to defend their longstanding authority to manage their electric power systems in the way they deem most cost-effective, prudent, and wise,” adds Deck Slone, senior vice president for Arch Coal, in a statement.

Meantime, the toll on coal continues: Alpha Natural Resources is the latest such company to have declared bankruptcy. It is follows JW Resources, Water Energy, Patriot Coal and Xinergy. Meanwhile, Arch Coal and Peabody Energy are under immense pressure right now.

Beside the shift from coal to gas, their Appalachian mines are thinning and becoming more expensive to explore. Basically, the higher quality coal is gone, leaving only the lower quality stuff. Meantime, some companies have bet on “metallurgical” coal used to make steel, which has seen its prices sink.

What now? To the chagrin of coal operators and their friends in Congress, the United States is moving forward. Even the major coal producing states of West Virginia, Kentucky and Wyoming – all plaintiffs in the suit against EPA – are retiring coal plants and replacing them with natural gas.

As for West Virginia, it sits atop the Marcellus Shale basin, along with coal-heavy Pennsylvania. Meanwhile, Ohio – another coal-dependent state – is profiting mightily from the Utica Shale basin. The list goes on: Georgia, Indiana, and Colorado, all of which have relied heavily on coal, are making new investments in natural gas, and solar rooftops, utility-scale solar, and even carbon capture and sequestration (in the case of Georgia’s Southern Co. and Indiana’s Duke Energy.)

But reducing carbon emissions by switching from coal to gas is the easy part. The harder part – at least as far as getting utilities and homeowners on the same page – calls for greater use of renewables. Utility-scale plants is one option. Onsite generation is another, specifically in the form of rooftop panels used in combination with energy storage and localized microgrids.

And this dilemma will also be part of the upcoming Fortnightly conference. The jockeying for position is underway: Indeed, the utility universe is being disrupted not just by EPA regulations but more significantly, by market forces and clean technologies. The victors, no doubt, will have both the political prowess and the industry knowledge, enabling them to get ahead and to thrive financially as the pace of change accelerates.