A response to Dr. Faruqui’s insights regarding time-varying rates and his commentary on the Fortnightly article, “Action by Choice.”

We appreciate Dr. Faruqui's insights regarding time-varying rates and his commentary on our December Fortnightly article, "Action by Choice." We agree time-varying rates (TVR) has the potential to deliver substantial benefits and has been shown in pilots and large-scale programs to deliver significant peak load reductions. And as the addition of solar PV and other distributed energy resources proliferate, the value of these improved price signals continues to grow. 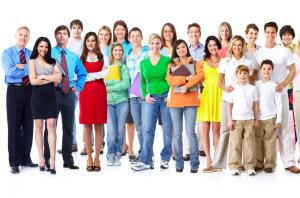 Where we differ is in the framing of the fundamental issue. We do not see the policymakers' quandary as opt-in versus opt-out TVR implementation; instead, we see the challenge as how to best capture and to maximize the benefits of TVR for all ratepayers. Our suggested goal is not to maximize participation in TVR, but rather to maximize the combination of load shifting and customer satisfaction for all.

In contrast, our research found that the results of actual programs contradict this theory. Opt-in programs usually deliver much higher load shifting per participant, and aggregate load shifting is higher in many opt-in rograms.

The greater peak load reduction results from combining more effective program features with greater customer engagement. As Dr. Faruqui observes regarding Oklahoma Gas & Electric, opt-in programs have higher peak to off-peak price ratios. They also often include automatic load shifting technology, such as smart thermostats. And participants know they are on the programs - because they volunteered - and actively seek to respond to the price signals - because the customers chose the rate themselves.

In a recent industry meeting, the concept of "default options" was raised. The idea is that customers must make an informed choice from perhaps two or more time-varying rates and one flat or inclining block rate. This is exactly the approach at Arizona Public Service (APS) and Salt River Project (SRP), also in Arizona: when customers call to start service, the utility explains their TVR and non-TVR choices, and the customers decide. The result has been uptake of 50 and 30 percent TVR, respectively, for APS and SRP - in short, action by choice yielding high levels of TVR participation as well as load shifting.

The same "default options" approach was used for customers who already had service, when the California investor-owned utilities recently implemented new rate policies for small and medium businesses. In this case, existing customers chose between time-of-use and peak day prices (sometimes called critical peak prices), but customers were not put on either of these "default options" without the customer's knowledge and consent.

We offer these examples as important learnings and potentially promising options. In the end, each state and utility must take the approach that best fits its unique circumstances, preferably giving customers a choice in their electricity rates - something they enjoy in every other industry.