The Connected City: A Platform for City Planners, Citizens, and Utilities

Richelle Elberg is an associate director at Navigant focused on utility communications networks for AMI and distribution/substation automation applications. Elberg has more than twenty years of experience in the telecommunications industry, including an extensive background analyzing and writing on the wired and wireless communications industries.

Eric Woods is an associate director at Navigant, where he covers smart cities, leveraging over twenty years of experience as an analyst and consultant on new technology trends. This includes in-depth research in the areas of IT infrastructure, data analytics, knowledge management, public sector IT, and cleantech innovation.

Terms like smart grid and smart city have been in use for more than a decade, and impressive productivity and safety applications have become commonplace, if not pervasive, in utility territories and cities worldwide. 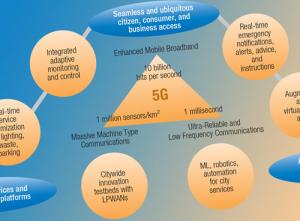 Only today, however, are we beginning to see truly progressive projects where the ubiquitous, high-performance connectivity promised by 4G/5G networks, low power wide area (LPWA) solutions and widespread fiber backbones are being leveraged by utilities and cities — often in concert — for revolutionary change.

And though it is still early days — not all 5G standards are finalized yet — city planners and utility managers understand the vision and are looking forward to the time when citywide networks will support new sources of revenue and services for their constituents. In many cases, pilots are being designed with significant local power utility involvement - and rightly so.

In the early days of smart metering, some municipal utilities leveraged Wi-Fi-based networks to offer internet hot spots to their citizens. But the vision embraced by forward-thinking executives today goes far beyond public Wi-Fi.

Pervasive citywide connectivity will support new revenue streams for municipalities. It will also support public safety and traffic management applications, more reliable and resilient power delivery, environmental monitoring, public information services, and more — all of which provide a community with enhanced quality of life and a strong foundation for improved economic growth. 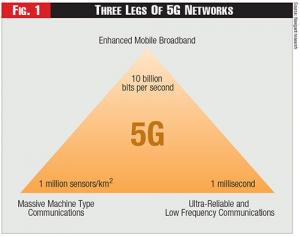 A multitude of networking technologies can support the connected city. Longer term, however, Navigant believes that high capacity, low latency networks — such as those offered by 4G today (and 5G in coming years) — and fiber networks represent the most forward-thinking options. Combined with Wi-Fi, the possibilities for new business models and revenue sources are virtually unlimited. Below we describe many of the applications in deployment or planning today.

It is important to remember that, built correctly, the citywide network becomes a long-term platform for growth and opportunity. Just as no one could foresee Airbnb or Uber in the 1990s, similarly, today we cannot envision all the ways new services and applications for connected cities will evolve — but evolve they will.

4G wireless networks are widely available across most mature markets today, and pilots for 5G are underway in the United States, South Korea, Japan, China, and in Europe. At the same time, LPWA networks are increasingly offered by cellular providers and private network developers (such as Sigfox) in many places worldwide.

Finally, more and more fiber is being deployed by both wired and wireless telcos and private enterprises (including utilities) worldwide. It is with the coming convergence of these technologies that the connected city enjoys a true transformation. 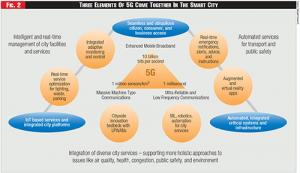 Even as the 3G Partnership Project is still putting the final touches on the standard's specifications, carriers worldwide are testing 5G networks. Importantly, 5G will evolve as an overlay to existing 4G LTE cellular networks, meaning that deployment of private 4G networks today will not preclude eventual upgrade to 5G — in fact, many upgrades will be done over the air as software-based upgrades.

Ultimately, the 5G standard will be composed of three legs, with both mobile and fixed service networks;

Ultra-reliable low latency communications (uRLLC): Will be used for mission critical applications where guaranteed latency of one millisecond is essential. Examples of uRLLC application include automated vehicles or virtual reality for applications such as remote surgery. 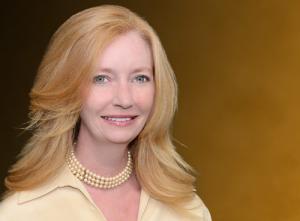 With 5G networks, as many as one million connected devices per square kilometer could become a reality. Notably, cities and utilities own street light poles, power poles, and rights of way that will be needed for 5G infrastructure deployment.

Leasing these assets to carriers, along with deployment of multi-use assets such as lighting poles with integrated small cells, represents one area of future city revenue opportunity. Wholesaling fiber capacity, which many utilities are deploying along distribution and transmission lines today, is another potential revenue source for both cities and utilities in the 5G era. 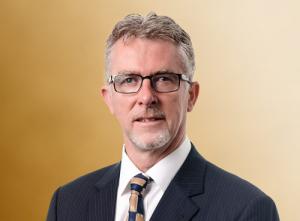 Eric Woods: With 5G networks, as many as one million connected devices per square kilometer could become a reality.

A multitude of valuable connected city applications will be made possible by these advanced networks:

Smart parking: Parking sensors may be embedded in parking spaces or video cameras that use vehicle detection software to provide occupancy information may be mounted on smart lighting or power pole infrastructure.

High definition (HD) video surveillance: Many cities are using closed-circuit TV to provide video monitoring for traffic management and for public safety. The bandwidth requirements for HD video traditionally required a fixed broadband network — but high bandwidth wireless networks such as 4G/5G are increasingly capable of supporting such applications.

In short, the three legs of 5G networks will support all these connected city applications, as shown in Figure 2.

Smart city testbeds are integrating smart street lighting and utility smart metering networks into some of the applications described previously. For example, in Atlanta, AT&T and Georgia Power are collaborating with Current to test smart street lighting and applications around traffic congestion, commute times, public safety, and environmental areas in five sections of the city over a combined network.

Looking ahead, the synergies and mutual benefits to be gained between connected cities and utilities are undeniable, and the platform enabled by the latest connectivity technologies will support innumerable applications — including those we have not even dreamed of yet. Cities and utilities should strongly consider partnering to make these networks a reality.