In his role as a Managing Director in Navigant's Energy practice, Robert Wilhite leads the global utilities client segment and serves on the Energy practice leadership team. On a global basis, Rob has often advised energy clients in achieving increased efficiency in strategic and master planning, grid automation, and technology strategy and implementation. He is coauthor of the book Utility of the Future: Directions for Enhancing Sustainability, Reliability and Profitability, and was recognized as one of the Top 25 Consultants in the U.S. by Consulting Magazine in 2009 and as one of the Networked Grid 100 Movers and Shakers of the Smart Grid by Greentech Media in 2012.

Navigant is deeply involved with the Smart Communities movement. In the pages that follow Navigant takes a comprehensive look at what is needed to build the neighborhoods that we all want to live in. A full range of topics are investigated including transportation, circular economies, resiliency and microgrids, connectivity, safety and much more. 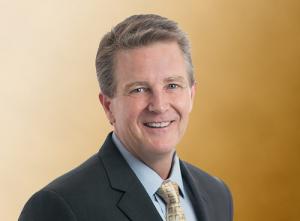 Rob Wilhite: I like the term smart communities, as opposed to smart cities alone, as the master planning and the execution for these endeavors spans beyond the municipal city limits and often becomes more regionally focused.

For example, two summers ago we had the opportunity at Navigant to work with Jeremy Rifkin and his Third Industrial Revolution team to jointly develop a master plan for the metropolitan region between The Hague and Rotterdam, in the Netherlands.

This included twenty-six municipalities as part of the regional study, for which we contributed the energy pillar of that plan, which ended up being a five-hundred-page document outlining steps that that region should be focused on over the next several decades.

These types of plans go beyond the deployment of technology, they cover circularity, water and waste, agriculture, transportation, but usually with energy underpinning the other pillars.

We've developed similar plans for communities in Europe and in the United States, so that's one way of being involved with these smart city and smart community efforts.

What's also interesting is that I've been asked to be a part of Dentons' Smart Communities Think Tank and, every month, we're bringing in experts to discuss different topics to explore the various pillars that could be involved with smart communities master planning.

I also recently participated on a panel that was associated with smart grid, on how the smart grid becomes foundational to the efforts around the smart community. This is particularly the case when you consider high-speed telecommunications from 5G technology coupled with ubiquitous sensing across power grid networks, and the ability to support distributed energy resources. That's a very interesting component to smart community efforts.

PUF: What drives you and smart community development?

Rob Wilhite: There's a couple of factors in play here. We at Navigant are closely observing about three hundred and fifty different smart community projects around the world.

In many cases, those programs focus on either environmental mitigation, energy efficiency, gaining more benefit with fewer human resources and applying circularity or other sustainability components. That's why there is a lot of interest on my part.

Second, they seem to be focused on the well-being of their citizens, whether it's around public safety, enhancement of health, or better social care.

Third, many of these programs are also focused on economic viability. Are we doing things that create innovation and new jobs, and new ways to invest capital to further leverage existing assets, such as street lighting? The dual application of advanced technology and innovation excites me as well.

PUF: Give Rob's definition of what's in smart communities, and what's not.

Rob Wilhite: This definition varies considerably from one community to another, but most of the ones I've observed, usually have an energy component. Energy includes electric power, natural gas, and other fuels for transportation. It also can include distributed energy resources and traditional electric and gas utility infrastructure.

In addition to energy, water is often a big component of these programs, both in terms of clean water supply and the safe distribution of water, but also in terms of the treatment of waste water, an important factor in the community.

A third component, very common to many of these smart communities, is transportation. The way that transportation is conducted throughout a community or a city, especially around parking infrastructure, traffic congestion and traffic movement, and redesigning the different modes of transportation.

An exciting component of many smart cities is around making buildings more intelligent, and interconnected to the utility distribution network, so that we can automate a lot of energy optimization functions that may have to take manual intervention today. These buildings are going to be efficient, sustainable, and more responsive to the occupants.

Finally, there's also a smart government aspect. How does the government become a better servant to its communities and their well-being through increased visibility, monitoring, and data analytics that smart technologies can offer?

The most successful smart community projects are going to have both top-down and bottoms-up support from the public sector, government, private sector, academia, and private enterprises, all coming together in focusing on more inclusive programs to serve the community.

Rob Wilhite: We're starting to see results today, as some of these smart community projects started five or more years ago, even though most were initially focused then on single technology pilots and demonstrations.

Here in Charlotte, North Carolina, Envision Charlotte was started more than eight years ago with a target of reducing energy consumption in downtown buildings by more than twenty percent below a target level.

Now that Envision Charlotte has achieved its energy reduction goal, it has now expanded to achieve more environmental emissions reductions goals. Big successes like these can be capitalized and enable movement toward additional pillars to accomplish something new.

In Columbus, Ohio, public and private leaders have come together to achieve smart community benefits in terms of their infrastructure around smart street lighting, energy efficiency, smart buildings, smart grid, and transportation infrastructure.

And then there are cities like Orlando, San Antonio, and Madison, Wisconsin, and many others that are leading the way here in the United States.

PUF: Project out five years, what do you envision?

Rob Wilhite: What excites me is the progress we could make with autonomous vehicles. Both in terms of moving larger amounts of people through public busing or private vehicles.

Some of the other areas that are interesting are vehicle-to-grid connectivity and leveraging the economic value of stored energy and its capacity in the battery, because it has high value to utilities, especially during peak demand situations. Leveraging this value while your electric vehicle is parked is a win-win situation, for the utility, for the parking garage, as well as creating revenue streams for the vehicle owner.

PUF: What about an economic development component?

Rob Wilhite: It's a big driver. Not only in creating jobs but in keeping investments within a city or community. Also creating a stronger image of being an innovation hub and attracting new talent and new capability into the city limits.

That's what drives a number of these smart city, smart community engagements. Especially those that have the foresight to work with local academia, high-tech centers, or laboratories. Leveraging those assets pays off for many of these communities.

PUF: What's most rewarding for you?

Rob Wilhite: Getting multiple levels of government, different stakeholders, public and private, together in a room and getting their arms around something that is of common interest. That's exciting because you start to see how well they work together.

Another factor that's motivating especially concerns those smart-city efforts that are highly data-driven. They harvest data, make it freely available, and enable others to find new value in that data. They'll find new patterns that others couldn't see before and we are excited to create something that no one else envisioned, as far as the benefit stream or some type of capability from the data that is collected in some of these efforts.