Rejji Hayes is the chief financial officer of CMS Energy.

Everybody in the energy and utilities industry wants to hear what the CFOs have to say. That is especially true in this time of financial uncertainty when all corporate actions seem to matter more. 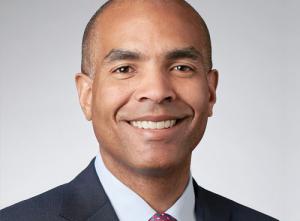 Public Utilities Fortnightly obliges here with conversations with experts who discuss the transformations taking place at their utilities and how they are going about that. Because times have changed and its not just about the bottom line anymore.

PUF's Steve Mitnick: Why is ESG important to CMS Energy?

Rejji Hayes: We view ESG as important because it aligns with our mission. Our mission is world class performance, delivering hometown service. We measure our progress on that mission or purpose through the triple bottom line of people, planet, and profit.

Those elements of the triple bottom line, when it comes to people, it's the customers we serve, the communities in which we do business, and our coworkers. Planet is fairly obvious. Then it's profit, making sure we deliver for our investors. We don't compromise those elements for one another. Every decision we make has to meet that triple bottom line. That to me aligns with the core tenets of ESG.

From an environmental perspective, we take pride that we are leading the clean-energy transformation. We have multiple net-zero carbon or methane commitments over the next several years. We're moving faster than most of our peers. The E-side of ESG aligns with that planet portion of our triple bottom line.

From a people perspective, it's the work we're doing within our walls, with our coworkers with the emphasis on diversity, equity, inclusion. The way we're holding our vendors and suppliers accountable to espouse our values. All of that, again, aligns with the principles of ESG. That's more on the social side.

With governance, we take pride in the representative diversity of our board, the skillset composition, the fact that we've got a split Chair and CEO role, which isn't common in our sector. It aligns with our mission and our core values.

PUF: CMS Energy environmentally, has a leading rate of transformation among the industry. Talk about that.

Rejji Hayes: We say — at the risk of sounding immodest — that we were on the ESG train long before it was called ESG, with the triple bottom line. We retired seven coal units in 2016, well before that was common.

We announced last year our plan, and it was approved by the Michigan Public Service Commission just a couple months ago, to fully exit coal by 2025, which will reduce our carbon footprint by sixty percent from 2005 levels. That is the equivalent of taking about twelve and a half million vehicles off the road for a year.

With respect to diversity, equity, and inclusion, we have eight employee resource groups. I believe our first resource group was founded over forty years ago: our women's advisory panel.

That has been part of the DNA of CMS for some time. We've tried to enhance, accelerate, and improve those initiatives, but again, it's been part of our core of who we are for many years now.

On the governance side, it's making sure we've got an experienced board, which has skillsets, but also relevant skillsets. We've got folks who are environmental experts or have experience in cybersecurity, and all matters critical on the G side of the equation. We've been on the train for a long time.

PUF: Talk more about what you've done and where you are going.

Rejji Hayes: I mentioned we closed seven of our twelve coal units in 2016. Since that material step of trying to get on the right side of history with respect to carbon-emission reductions, we announced in 2018 our plan to eliminate two more coal facilities, our Karn 1 and 2 units, by 2023.

We announced last year, and it was approved this year, the plan to close our remaining three Campbell units by 2025. That is one of the fastest glide paths for coal generation retirement in the sector, for vertically integrated utilities.

While that is beneficial for the environment, we did it in a way that is thoughtful to our customers. We're making sure that while we get out of coal generation, that the electricity is reliable, and the lights come on.

We're offsetting those coal retirements by bringing in about eight gigawatts of solar generation over the next fifteen to twenty years. We're also bringing in baseload capacity of natural gas plants.

And we're buying existing gas plants, so we're not introducing new carbon emissions into the environment. That's a responsible glidepath to transition to a portfolio that will be represented by over sixty percent renewables by 2040.

We're making sure our investors are made whole, because they were earning on those coal facilities based on our economic model. We're bringing in additional opportunities in the form of the acquisition of those gas facilities and future build out of the solar generation, on which they'll get an attractive return on investment. This is all in the spirit of that triple bottom line.

On the social side, we have taken the stand, to be fair, like a number of other companies on the DEI side. We've been at this with respect to our employee resourcing groups and making sure we've got a diverse, equitable, and inclusive workforce for the past several decades.

There was an inflection point in mid-2020 when racial tensions in the U.S. materialized in a big way. At that point we said we need to move faster.

We said, we've got decent representative diversity at the leadership level. Our board is thirty-six percent female, over twenty-five percent minority. That compares favorably relative to the S&P, but we also asked, can we do more across the broader organization?

We have focused on increasing the levels of diversity across our workforce and everything we do; whether it's interview panels or holding suppliers accountable. We put in place in 2018, a goal to double our spend on suppliers who are Michigan-based and diverse.

We currently have about two and a half billion to three billion dollars that we spend in our supply chain. We are above ten percent of our spend with minority-owned suppliers. We intend to increase that to about sixteen percent by 2023, which would be two times the level we were at when we put the goal in place, and we're on track.

We're doing mandatory training on unconscious bias and we're having organization-wide difficult conversations, so there is less of a stigma attached to conversations about race and we can make sure we have a more inclusive environment. Those are some of the measures we've taken over the past several years to make sure ESG is part of everything we do.

PUF: Is this difficult for you and your team, and how have you worked through it?

Rejji Hayes: In general change is always hard, particularly for an organization that's been operating for over a hundred thirty-five years and has had success for many years.

But a case for change is always complicated, particularly when you are successful. What aligns people quickly is when we have transformative initiatives or decisions and say, look, it's world class performance, delivering hometown service.

We have to measure our progress on that mission, through that triple bottom line, people, planet, and profit. When we can make decisions that align with those three elements, it makes all the sense in the world.

At the end of the day, we have to deliver electrons and natural gas safely, reliably, and affordably to our customers. If we can do that while making it cleaner, well, then that's a good decision, and there's a business case to do that.

That makes good business sense. There're a lot of studies done that have empirical evidence, that companies that are more diverse, deliver more pretax income margin, and deliver better returns.

Change is always difficult, but when you can make a strong case for it, people come along quickly. That's what we've seen here.

PUF: How do you see ESG evolving in coming years?

It's not just environmentalists but also the investment community and potentially legislators, who will want us to move faster than we're already planning. We've said net-zero carbon by 2040, and net-zero methane in our gas business by 2030. We've said net-zero everything, including customer and supplier emissions, by 2050.

That is incredibly fast in the context of a regulated electric and gas utility. But there is an appetite. What you're seeing is a bit of an arms race that'll develop where everyone's trying to one-up each other in the sector around, "well you're net-zero 2050, I'm going to be net-zero 2040."

Pressure will continue to be put upon carbon-emitting sectors, not just utilities; we're now not the highest emitting sector, transportation is, but you'll see every sector on the environmental front be pushed to move fast, because we're seeing the effects of climate change.

On the social side, we'll continue to see an appetite for accelerating pacing. Whether it's including representative diversity, incorporating diversity, equity, inclusion, in everything you do, or holding suppliers and third parties accountable to establish your mission with respect to DEI, there's going to be a greater appetite.

The one aspect we haven't seen yet that we've seen on the environmental side, but we'll see it, is that of the passive investment community coming in. Think about the BlackRocks, the State Streets, the Vanguards. They own about twenty to thirty percent of most public companies.

They have been explicit about their ambitions from an environmental perspective. Now they're starting to talk about what they'd like to see from a DEI perspective, and they're holding boards and management teams accountable. I think you'll see more investors beyond passive latch onto that, and again, greater expectation.

Think about how most companies operate, you have your holy trinity of customers, coworkers, and investors. If those stakeholders in a uniform way, start to say, we want this, it's going to force you to move faster.

From an HR perspective, if you want to attract and retain the most talented people of the younger generations, they are more mission centric. So, if you feel like you're on the wrong side of history on any of those fronts, you're not going to get the best people, and you're surely not going to retain them.