If climate change stands atop your priorities, then the recently ended confab in Lima, Peru, registered only modestly on your radar. For true believers, the best spin is that talks are going forward - and that all parties got at least some of what they are seeking for the November 2015 UN climate summit in Paris. 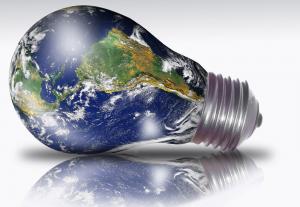 The chasm between the developed and developing worlds remains formidable, especially over the level of resources that the wealthier nations will be giving to the poorer ones. That includes both financial assistance and technological help. Countries must submit their national pledges by April 1, 2015 - "promises" that are written in pencil, not pen. Simply put, the parties vow they will try to improve upon their "current undertaking."

"[A]lthough the EU wanted a more ambitious outcome from Lima, we believe that we are on track to agree a global deal in Paris next year," says Miguel Arias Canete, the European Union's for Climate and Energy, in a statement.

Without a doubt, the burning of coal to make electricity also remains a critical issue when it comes to mitigating the release of heat-trapping emissions. To that end, the United States and China - the world's two biggest culprits - have signed a bilateral agreement to curb those releases. The United States, for example, is shifting from coal-fired power to natural gas-fired electricity, which has helped reduce carbon levels there by 10 percent since 2005.

And China is trying to move forward too, pressured in large part by its citizens, who complain the air is too foul in urban areas. In answer, China is investing in nuclear and renewable energies, as well as in modern coal technologies.

While some will argue that China's commitment comes too far down the road (2030), or is not binding, it does remain a positive step. Consider that BP's Energy Outlook says that heat-trapping emissions will rise by 29 percent through 2035, coming mostly from the emerging economies.

Specifically, BP's outlook expects global energy consumption to climb by 41 percent from 2012 to 2035. That's an annual growth rate of 1.5 percent. While most of that increase will come from the developed world, energy use in the advanced countries will creep up slowly as well, mainly because of new efficiencies. BP predicts that oil, natural gas and coal will each comprise about 27 percent of the future energy mix, with the rest coming from nuclear, hydropower, and renewables.

Coal use will keep rising for the time being. Worldwide coal production will jump by 500,000 short tons per year through 2018. That's a 2.3 percent yearly growth rate, says the International Energy Agency, which points out that the developing countries are the most reliant on it.

A paradox is thus unfolding, as the emerging countries seek to modernize and improve living standards. For that, they need access to inexpensive and abundant fuels, which electrify their communities and their economies. But the world's most prevalent fuel used in electric generation - coal - is falling out of favor.

At the PowerGen conference in Orlando last week, GE Power & Water said that much of the developing world will need access to modern forms of electricity. The United States has a role to play, not only in helping to build power plants in those locations, but perhaps also in selling the fuel.

"In many cases," he notes, "that will put gas pricing below coal. In other places like China, it will require tapping into their own unconventional gas together with more stringent emissions requirements to displace coal."

Curing the international fix on coal won't be easy. Consider Africa, where 600 million are without electricity. Even without such modernization, Africa's annual growth rate has run about 6 percent over the last decade. Experts say the rate could climb to 8 percent to 10 percent with the proper infrastructure.

With that, GE is investing $2 billion there, all by 2018. Africa has emerged as the multinational corporation's most promising global region, GE says, noting that its African revenues hit $5.2 billion in 2013, while it has won more than $8.3 billion in orders across the continent in the last year.

For a company in the power generation business, GE sees this as a win-win situation, especially because Africa holds 10 percent of the world's oil supply, plus about 8 percent of the globe's proven natural gas reserves.

"One of the main things about the power deficit is that you have to start with the fuel," says Jay Ireland, president of GE's Africa operations. "Trillions cubic feet of natural gas exists off the coast. There's also wind, hydro, and solar. There will be a broad approach to solving the energy deficit."

Take Ghana, where GE has pledged to bring 1,000 megawatts of new electric generation capacity on line over the next six years. The government there stresses that fuel diversity is essential, but leaders also admit that the country needs coal. "Yes, we have some plans to develop coal, although there is good potential when it comes to natural gas and renewable energy, too," says John Dramani Mahama, the country's president, at a different conference in Washington.

The goal is to improve human lives and the environment. As to whether the two are fully compatible remains a question. But to help the developing world get there, both the United Nations and global lending institutions such as the World Bank are saying that they will place more emphasis on green technologies than on fossil fuels that will still be a part of its tool box and loan portfolio.

While the focus is on being greener and cleaner, many regions of the world, especially Africa and Asia, are flush with coal reserves that must be considered in the overall plan, says World Bank President Jim Yong Kim, at the Washington conference:

"We have made a clear commitment to battle climate change. I can see the impact of warming in the Philippines and in Vietnam. But in certain places where the only option is coal, we have to look at that. It makes no sense not to fully study this."

In fact, coal will still make up 35 percent of the global electricity supply in 2040, says the U.S. Energy Information Administration. That is a slightly more than what BP is projecting.

Given that energy usage is on the rise and that coal consumption will continue to climb, it makes good economic and environmental sense for the developed world to hold patents and to export those advanced energy technologies to less-developed regions - especially when national governments pledge to reduce global emission levels.

Getting such a consensus, however, will mark a key cornerstone in the ongoing climate talks, as well as the toughest hurdle.

Ken Silverstein is Editor-at-Large for Public Utilities Fortnightly. Contact him at ksilverstein@fortnightly.com.

Deck:
Advancing technology a key cornerstone.
Byline:
By Ken Silverstein
Subtitle:
Advancing technology a key cornerstone.
Intro Text:
If climate talks are to succeed, the winning formula is well known: Cut coal use and give the developing world more resources to build out alternative energy portfolios. With easy access to coal, though, that is a lot more difficult than it sounds.
Publishing Date:
Thursday, December 18, 2014 (All day)
Advertise Here