Richard Stavros is the executive editor of Public Utilities Fortnightly.

Special thanks go to Jack Azagury, senior executive with the Enterprise Transformation Practice, specializing in utilities, at Accenture, the Fortnightly 40’s official sponsor. Special thanks also to Jean Reaves Rollins, managing partner at the C Three Group LLC, the Fortnightly 40’s exclusive financial data provider. Finally, we are grateful to the many Wall Street experts and utility CFOs who anonymously offered their expertise and insights on constantly refining the rankings—a new standard of excellence in the energy industry.

Fortnightly Magazine - September 2007
This full article is only accessible by current license holders. Please login to view the full content.
Don't have a license yet? Click here to sign up for Public Utilities Fortnightly, and gain access to the entire Fortnightly article database online.

Americans love comebacks; particularly great comebacks like those memorialized in movies like Rocky Balboa, in real-life stories such as George “The Gipper” Gipp, and in corporate America such as Apple and Chrysler. 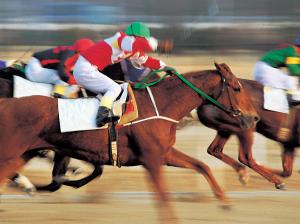 The results of this year’s Fortnightly 40 (F40) financial rankings of electric and gas utilities and pipelines epitomize that grand American tradition. This year several companies have, at long last, overcome significant and very public adversity from the California crisis, the Enron debacle, the merchant crises, international losses, and various other financial calamities.

One utility that was long missed from the Fortnightly’s rolls and was widely predicted to make the F40 this year was Duke Energy, which makes its debut this year at #22—a hard-fought win for the utility, which was mired for many years in the merchant downturn and had to do significant corporate repositioning and reorganization. But one anonymous analyst says the company masterfully streamlined its operations with the sale of its unprofitable merchant arm (removing a huge burden), while its merger with Cinergy drove economies of scale.

Companies like AES and Mirant, which debut this year at #35 and #39, respectively, also have made dramatic improvements in their corporate balance sheets. Many financial analysts had predicted their rise as well.