Michael T. Burr is Fortnightly’s editor-in-chief. Email him at burr@pur.com

This term “transactive grid” suddenly is getting a lot of attention. It seems the vacuum left by the late, great “smart grid” (ca.2004-2012) demands to be filled. So here comes another inscrutable buzzword to excite sales people, confuse politicians, and annoy engineers. 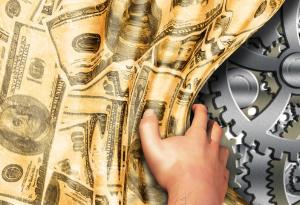 But like other such terms, “transactive grid” (or “transactive energy,” depending on your agenda) arguably is describing something that already exists. Just as “smart grid” described automation and control systems in development for decades, so “transactive energy” is another way of saying price-responsive demand and locational pricing. It’s nothing new … or is it?

More than a decade ago – just as Enron was imploding and the industry was digesting FERC Order 2000 (which created organized power markets in the form of RTOs and ISOs) – Fortnightly published an op-ed by Wayne Crews and Fred Smith (“Electricity Restructuring is No License for Central Planning,” June 2002). The authors – from the Cato Institute and Competitive Enterprise Institute, respectively – offered a contrarian perspective. They claimed that FERC’s market vision was actually stifling innovation in the more important part of the business, the grid itself.

They didn’t know it at the time, but Crews and Smith were advocating a transactive grid.

But let’s back up a bit. What exactly is a “transactive grid”? Is it practical or pipedream?

The Gridwise Architecture Council defines “transactive energy” as “techniques for managing the generation, consumption, or flow of electric power within an electric power system through the use of economic or market-based constructs while considering grid reliability constraints.”

This somewhat tortuous definition focuses on power flow, rather than the grid itself. That’s where the “techniques” part comes in. A transactive energy grid will operate as a real-time dynamic bazaar where individual points in the system behave in response to market signals.

Today this idea is well understood with respect to dynamic pricing programs where users pay real-time market prices for retail electricity. The concept also is reflected in locational marginal pricing (LMP) in the RTO-ISOs. Rather than price power (or demand) on a postage-stamp basis – i.e., the same price per unit, no matter when or where it’s generated or consumed – locational markets price those resources according to supply, demand, time, and geography.

From a network-architecture perspective, this is the same thing as nodal pricing, but now at retail, rather than just wholesale. But even this familiar distinction breaks down where demand response (DR) and other demand-side resources are bidding for LMP compensation in accord with FERC Order 745.

FERC’s still-controversial (and hotly disputed) move to require full-LMP compensation for DR seems to push federal authority into turf that historically – by dint of the Federal Power Act – is reserved for the states. Whether Order 745 can withstand legal challenges such as EPSA v. FERC remains uncertain. However, Order 745 isn’t an isolated policy; FERC has invited itself into distribution matters more than once, sometimes in the name of reliability, as well as to ensure just and reasonable rates.

Take microgrids, for example. In Order 1000, FERC acknowledged that non-transmission alternatives (NTA) could qualify for FERC tariffs if they defer the need for more costly interstate transmission expansion. Thus a local microgrid project that relieves congestion on the interstate network could get FERC rate treatment, even though it connects to the medium- or low-voltage distribution grid. Such an intrusion into distribution networks was almost inconceivable when FERC issued Order 2000. But as distributed resources get smarter, and as they’re integrated with an increasingly smart grid, the idea of market forces percolating all the way to the edge becomes not just conceivable, but inevitable.

With machine-to-machine (M2M) communications using the broadband Internet to achieve heretofore inconceivable functionality and integration – i.e., the so-called “Internet of things” – so too will smart grid networks and nodal market structures enable the emergence of a transactional energy grid. Arguably it’s already happened, and we’re just becoming aware of the implications.

In a transactional grid, every discrete asset becomes a node – with a corresponding dynamic market value – irrespective of whether the node represents a bulk-power asset or a distribution asset. Power plants, substations, feeders, transformers, PV panels, EV batteries, fuel cells, metered premises, and sub-metered appliances – almost every device could be a node in a real-time transactive energy market. And over time terms like “bulk power” and “local distribution” would lose their meaning, because the transactive grid needn’t recognize artificial statutory definitions – only engineering and market definitions.

Crazy idea? Maybe … but many roads lead in that direction. From distributed resources to smart grid controls, hardware advances are changing what’s possible in the distribution system. And big data analytics is getting more sophisticated and capable of managing interactions on an increasingly granular scale (see “Big Data, Big Change,” p. 52). Superimposed on this technology landscape, organized energy markets are proliferating across a broader swath of geography; the recently renamed Midcontinent Independent System Operator (MISO) now stretches from Canada to the Gulf of Mexico, and even California ISO’s market seems to be growing beyond the borders of the Golden State.

That’s not to say the RTO-ISOs are the inevitable owners or managers of a transactive energy market. But the day might come when transmission congestion is factored into real-time retail prices, and rooftop PV generation or plug-in vehicle storage capacity is compensated for its particular attributes in the market.

Oh wait … that’s already happening. In PJM, for example, a fleet of electric vehicles owned by NRG Energy sells stored power back into the grid, and is compensated on the basis of its rapid reactive power capabilities.

Granted that’s a pilot project, but it shows where we’re heading. So the real question now isn’t whether it’s feasible, but whether it’s a good idea. Are we wise to turn over our critical utility infrastructure to market forces and machine intelligence?

Some see doomsday scenarios: simultaneous price responses that could trigger radical swings in load or supply, leading to equipment failures and outages; financial traders equipped with arbitrage engines that manipulate prices and extract huge payments for illusory benefit; or evildoers who hack the system and wreak havoc with a few lines of code.

Certainly those things could happen – and at some level, they almost certainly will. But just as regional electricity markets continued evolving despite the 2003 Northeast Blackout and Enron’s shenanigans, similar problems won’t stop the transactive energy grid. Ultimately customers will be better off, because markets foster innovation and deploy capital more efficiently than central planners do. And market forces will be truly unleashed only when each link in the utility value chain is priced according to its real-time merit in a competitive market – not its book value in a centrally planned, postage-stamp regime.