What the Supreme Court said, and didn’t.

The June 23rd decision by the U.S. Supreme Court in Utility Air Regulatory Group v. EPA came three weeks after the EPA unveiled the Clean Power Plan, on June 2, and a mere five days after its official christening - with publication in the Federal Register on June 18. 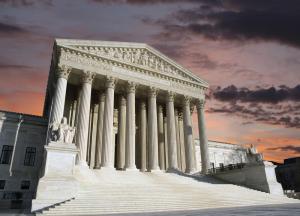 Yet the opinion of the justices does not address the plan itself. Rather, it rules on the EPA's so-called "Triggering Rule," by which EPA decided in the first place to extend greenhouse gas regulation (GHG) to existing stationary sources. In more specific terms, when the Supreme Court took the case, it agreed only to rule on this single precise question:

"Whether EPA permissibly determined that its regulation of greenhouse gas emissions from new motor vehicles triggered permitting requirements under the Clean Air Act for stationary sources that emit greenhouse gases."

Yet the High Court's ruling also was very much influenced by the EPA's better known "Tailoring Rule," by which EPA in effect said, "whoops, we've gone too far, we'd better slow down."