We talked with Jim Rogers, former CEO of Duke Energy.

Jim Rogers was president and chief executive officer of Duke Energy from April 2006 through June 2013. He remained chairman until that December. Earlier he headed Public Service of Indiana, then Cinergy through a merger, which ultimately merged with Duke. His book, Lighting the World, on bringing electricity to the over one billion people who don’t have access to it, was published August 2015 by St. Martin’s Press.

PUF's Steve Mitnick: Could you cite one or two of the greatest challenges you've had, that you had to meet head-on and try to overcome? 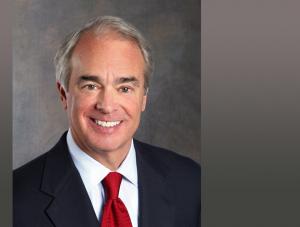 Jim Rogers: I think there were two major challenges that I faced in my time as CEO. They were the challenges around negotiating and then seeking approval of mergers in the electricity sector and responding to new environmental regulations.

If someone looks back at my career, they would see a merger threat running through it all. I started in 1988 with a company [Public Service of Indiana] with a market cap of about a billion dollars, plus or minus, on the edge of bankruptcy. Four years later, we combined with Cincinnati Gas and Electric, and created Cinergy.

But there was a hostile takeover attempt of PSI before the deal could close.

Some people say it's one of the nastiest corporate battles of the 1990's. We won the shareholder vote on the hostile proposal by a vote of 2 to 1 on August 23, 1993.

The merger was announced in 1992. But didn't close for another two and a half years because of the hostile.

The second deal was with Duke Energy, which effectively acquired Cinergy in 2005. That regulatory approval was quite fast. It was within a year. Then, in 2012, we announced the combination with acquisition of Progress Energy.