“We are the most diverse commission.”

Brien Sheahan was appointed Chairman of the Illinois Commerce Commission by Gov. Bruce Rauner and will serve a five-year term. He was Counsel to Governor Rauner’s Transition Committee beginning in November 2014. Prior to that he worked as Director of Government Relations for Navistar from 2012 to 2014 and was General Counsel for the Illinois Republican Party from 2007 to 2012. Sheahan also served as a member of the DuPage County Board for ten years.

PUF's Steve Mitnick: It seems like you have a real passion for regulation. 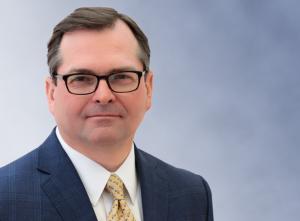 Brien Sheahan: I have a passion for good government. Governor Bruce Rauner is the third governor I've worked for. It is exciting to be at the confluence of politics, public policy, the provision of critical services and business. That's really where utilities find themselves.

PUF: Have you had any big successes, something you're proud of?

Sheahan: We've had a lot. I believe we are the most diverse commission in the country. We have, with Governor Rauner's leadership, three of the five Hispanic commissioners in the entire nation. They are from Illinois.

I am very proud that Acting Commissioner Sadzi Oliva is the first Latina commissioner in the commission's history. I'm also very proud that, in the more than one hundred-year history of the Illinois Commerce Commission, we have the first African-American chief administrative law judge, the first African-American bureau chief, the first female bureau chief outside of our office of General Counsel, the first Hispanic Chief of the ICC Police, and the first general counsel of Indian descent. If you look at the Commissioners' legal and policy advisors, nine out of ten are diverse.

PUF: Does it make a difference?

Sheahan: It absolutely makes a difference. There's a lot of research that shows diversity makes organizations better. I believe deeply in it; the Governor believes deeply in it. The first step is having diversity within an organization. It's not something you can just hope happens. We have been very intentional about it.

The Illinois Commerce Commission is a better organization because of it. We have a fantastic staff. We have one of the oldest and most prominent state commissions in the country. But because of the state's severe budget constraints over many, many years, there has been very little turnover or hiring.

When I started two years ago, we really did not have a diverse organization. Like many organizations, we expect significant staff turnover in coming years driven primarily by an aging workforce. It's essential we continue to attract very talented and diverse people to public service.

Virtually every employee we have is a lawyer, engineer, economist, accountant, or someone with a technical background. Having people with that kind of expertise is critical. But diversity is not necessarily the same as inclusion. We have dramatically increased diversity with new hires, but we've also been very inclusive in management of the agency.

We like to say that the utility business is likely to change more in the next ten years than it has in the last one hundred years. The kinds of employees that we need to work on those challenging and new issues are in college or in high school right now.

We must develop a pipeline of young people who are interested in the industry and who want to be engaged in it. We have, I feel, an obligation to try to create an environment where we attract young, talented people to a dynamic and diverse organization.

PUF: How do you bring those people up to speed, these young people that we're going to be turning over the keys to?

Sheahan: In Illinois, each Commissioner has two assistants. In my office, they are serving a one-year rotation, like a judicial clerkship, which is something that no commissioner has ever done.

I'm recruiting young, very talented people who are emerging from law school having participated on the law review or law journals, and exposing them to the industry. We're making sure that they get site visits and tutoring on the issues.

My hope is that they'll find a place within the industry. We're going to have an internship program this year and my two interns will be diverse interns. The four assistants that I've had in two years are all diverse individuals.

PUF: It's a very diverse state. Does that make it difficult?

Sheahan: I think it is important to recognize the diversity of the state. That's something we're very cognizant of. Some of the most difficult things that we do are transmission cases. Commissioner Rosales and I spent many hours recently visiting downstate communities that were impacted by a proposed transmission line and attending public hearings. It's important that regulators be aware of that diversity across the state.

The southern tip of Illinois is south of Richmond, Virginia. Chicago is obviously one of the most diverse cities in the world. It's a big state. It's a complex state. Its politics are often as much about regionalism as party.

PUF: A lot of times we talk about utilities being businesses as if they're like Apple and General Motors, but the role of politics and public policy in utility businesses is pervasive.

Sheahan: Util­ities are "affected with the public interest" but they are also businesses - which is occasionally lost sight of by some interveners. They provide a critical service. It's important that they're healthy and invest in their infrastructure. It's also important that they meet their obligations in terms of service quality and reliability, resiliency, and obviously be sensitive to the impact on rates. The commission's role is to balance those interests.

With the energy issues that the state is grappling with now, there is also a healthy measure of policy considerations.

PUF: How did you get to this place? Would you attribute that to a mentor or to something you did along the line?

Sheahan: There's always an element of being in the right place at the right time. I've been involved in Illinois government for a very long time. Working for Governor Rauner has been a life-altering experience. He's an exceptional individual and role model. I've been blessed to know him and to have gained his trust. I've been very fortunate to have been given this opportunity and we're working hard to make a positive impact on the agency and industry.