“It’s all about embracing a new direction.”

Cholly Smith was appointed to the position of Executive Director of the ICC in April 2015. He reports directly to the commission’s five commissioners and holds the authority and responsibility for managing the commission staff and for all support activities. The Executive Director is responsible for the administration of the regulatory agency’s budget and its staff. Previously, he was Manager, Great Lakes Region, U.S. Chamber of Commerce.

PUF's Steve Mitnick: Cholly, you're the executive director of the Illinois Commerce Commission. What does that title mean? 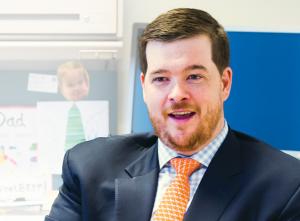 Cholly Smith: I oversee the staff at the ICC, policy implementation, and the day-to-day operations of the commission. The commissioners rule on docketed cases and set policy based upon the majority rule.

We walked into a very difficult situation when I first arrived because of the finances of the state and administration turnover. The commission is a place where you have a lot of silos at times acting autonomously.

Before I came to the Commission, I worked for the U.S. Chamber of Commerce. My job there was working against regulation. I now find it ironic that I came here to be a regulator. When I was at the U.S. Chamber, one of the people I talked to about this job, when I was offered it, was the Illinois Chamber president at the time. 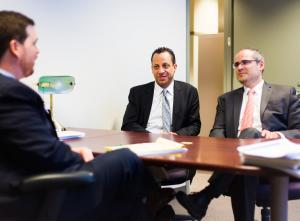 He told me, "Your goal should be to put the 'Commerce' back in the Commerce Commission." In Illinois, we have a very different role in state government. Our autonomy makes bringing everyone together that much more important.

And because energy is one of the good things we have going on in the state, how do we build upon that? How do we make the Commerce Commission focus on economic development while balancing the interest of ratepayers?

The utility model hasn't really changed for a hundred and fifty years; neither has how we regulate it. Our big issue in the past was telecom. Now, if you look at the work we do, that was a blip on our radar. Our work has changed, from telecom to energy. 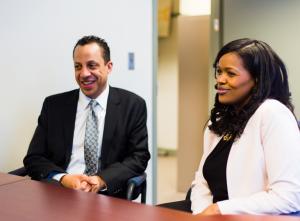 However, our staff largely hasn't changed. The average person at the Illinois Commerce Commission had been here for twenty-something years. In some instances, you saw a lot of the roles transform, just because the issues had changed.

For example, our head of public utilities started out in our telecom division. The Commission today does very little telecom work, but he has reinvented himself to become one of the most trusted sources on electric matters in the state. This is emblematic of the culture we are trying to create at the Commission. Embrace the changing landscape and lead.

We have, as a commission, taken on the new challenges. We recently announced the creation of the cybersecurity and risk management office here. We are going to build it out and envision that the office will work with the utility sector on cybersecurity issues.

PUF: Were there some difficulties, maybe some complacency?

Smith: I don't think there is complacency within the staff; it's all about embracing a new direction. I think that, maybe because you have commissioners and executive directors coming in and out, we at times lacked that clarity. The aim now is to give each division focus.

It also goes to another thing we've done, that for the first time since the early 2000s, we're undertaking a large strategic initiative, to transform how we do business. We're going to have a plan to move forward on that, so we're talking to all our divisions about how we operate, the issues we work on, the technology, everything. How we operate day to day.

As part of the process, we invited all the utilities and outside stakeholder groups in. We sat them down and said, "This is your opportunity to tell us how we can improve."

We're going to put that into a strategic plan document, because our time here is short. The one thing I've known is that, unless we have a road map, how are we going to operate if the utility model continues to change? How are we going to be in the position where we can be nimble enough, if something does come up and change the paradigm?

We've also just announced our utility of the future model study, which is going to be called NextGrid. We must align as a staff when we take on a big project like that. It will be a tough 18-month process. So there is no room for complacency.

PUF: Will it be different here?

Smith: We're still fleshing it out, but we're going to look to what other states have done, because I think there's no point in reinventing the wheel. We've started reaching out to some folks, to tell us, "What do you like, what do you not like, how would you change it," and so we're going to do that. But we're also not going to try to limit ourselves. What's right for Illinois? I think we're going into it with an open mind.

PUF: How will you know that you have made an impact?

Smith: For the health of the Commission, I know that in addressing our long-term budget issue, we've tackled a problem that has plagued the Commission for 20-plus years.

We made it a priority to try to fix our budget. We were able, through part of the large Future Energy Jobs Bill, to get a budget fix for the agency that ensures the agency has a functioning funding source. Whatever I do, moving forward, I know at least that we've fixed the budget.

For a year and a half, we were worried about literally keeping the lights on here. We had to go through a layoff; we had to prepare for losing staff. We had to worry about how we were going to be able to do our statutory duties as an agency, with half our staff.

When I walked in the door, our headcount was two hundred and seventy-eight people. At the lowest point, we were one hundred and eighty-nine. We lost a substantial number of people in a short time, but if you want to go even further back, ten years ago I think our headcount was about three hundred and fifty. From there to where we are now, it's almost half the size of the former agency, but our workload is increasing.

PUF: Your staffing is very much lower than the other big states.

Smith: That's why bringing in diverse talent, while retaining our seasoned experts, is so important to us, because if we're not going to have a robust staff, where we can have three hundred and fifty people, we must be very smart. Workforce development is critical.

PUF: Putting the 'Commerce' back in the Illinois Commerce Commission makes it seem less passive.

Smith: We can't afford passivity. If you look at our website and mission statement, it's to be the referee that balances the interests of utilities and consumers. We have to think flexibly and it's imperative for us, at all times, to think about our role and how our decisions impact utilities, consumers, and the entire state.