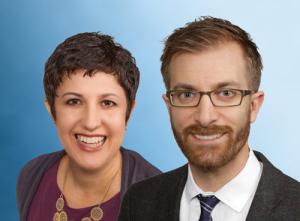 Sue Gander: The National Governors Association is very excited about our new effort to help states navigate the emerging world of connected and data-centered technology. The NGA initiative started over two years ago when we were invited by the governor’s office in Illinois to begin to shadow them as they developed what was, at the time, the first and arguably only Smart State initiative.

There was already a lot of activity at the local level both in the United States as well as overseas. Illinois was the first to look at a comprehensive program that could be undertaken at the state level. Illinois very much wanted to be the first Smart State, but it didn’t want to be the only Smart State.

Illinois asked NGA to work with it to help develop a cohort of Smart States – a group that could share ideas and lessons-learned and raise the awareness of the role of governors and states, alongside cities and the private sector, in deploying smart technologies. Illinois knows that NGA is a place that helps develop and refine policy ideas and helps jointly develop efforts, and we were very pleased to have the chance to work with Illinois.

We spent the following two years on calls with Illinois and participating in their state meetings and stakeholder sessions. We learned a lot. Then, in August of 2017, we pulled together an experts’ roundtable with Illinois as well as a half dozen states, some cities and academic folks, federal government officials, industry players, and others. 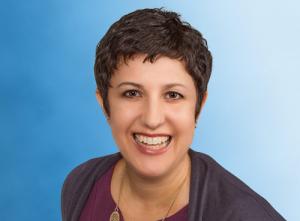 Sue Gander: NGA is taking the lessons learned from our work and developing a roadmap for governors on smarter states that we will release this spring.

We asked the question, what next? We’ve seen Illinois. We’ve seen some great successes and efforts coming out of that state. What could this mean for other states? Moreover, what could it mean for NGA and our potential role in helping develop additional Smarter States? That discussion helped shape where we are today.

PUF: What’s a definition of a Smart State?

Sue Gander: A Smart State is one that integrates information and communication technologies and the internet of things across agencies, infrastructure and industries to improve the economic viability of its residents and businesses.

We like to emphasize that states are already smart in many ways; this is about becoming smarter. That means enhancing their IT and communications networks, developing data strategies and addressing issues of governance. Being smarter is the means to an end, not about advancing technology for its own sake. When states pursue autonomous vehicles they are looking to address the tens of thousands of lives lost every year to human-caused accidents; when they look at changing street lights to smart, LED technologies, it’s about lowering costs, lowering emissions and making streets safer; when they roll out a smarter grid, they are reducing recovery time from natural disasters; when they bring broadband to rural areas they are helping kids do better in school and farmers improve their crop management. 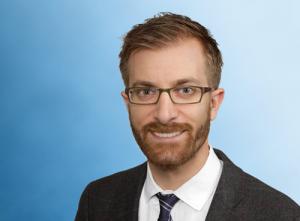 Dan Lauf: States generate and use a lot of data that can be securely shared across public/private sectors to enhance state services or facilitate new projects.

We stress that state efforts are an additive to smart cities and smart communities in that there are a lot of important actions that cities, and larger combinations of cities, can take.

Addressing the urban and rural dimensions is part of our tagline “smarter for all.” The other important aspect of smarter for all is addressing issues of equity and access such that all citizens can share in the benefits of a smarter state, including those from low-income communities.

PUF: Are the states enthusiastic?

Dan Lauf: Absolutely. We have seen a lot of interest from the states. It’s been interesting working with our first cohort of states and seeing where their interests lie. What we’re seeing is a lot of overlap in their areas of interest and some overlap in the approaches they are considering. For example, all the states are exploring data and technology governance structures to drive their work in the long term.

While smart and connected technologies have applications across many sectors, we began by exploring a more focused scope of applications, based in part on the areas of interest states had flagged. This includes the smarter generation, distribution, and use of energy through grid modernization, LED streetlighting, and advanced building technologies.

And we are looking at smarter public safety, which can include integrated sensor networks for gunshot detection, networked video monitoring and technologies that let emergency responders better share information to make communities safer.

PUF: You said with smart cities what states can do is additive. That makes it seem like some items fall within city or counties, but some are state government functions.

Dan Lauf: Yes, there are areas where states can leverage local success to advance projects further, such as to rural regions. There are other areas where states have regulatory authority or own the assets required to move a project forward.

States are also key players in enabling access to advanced telecommunications networks, particularly in rural areas, which can facilitate other technology services. They also play a critical role in emergency response functions that can be enhanced by smart technologies, plus other functions across transportation, criminal justice, health care, education and more.

Importantly, governors also oversee their own assets and information technology systems. States can, for instance, incorporate submeters to monitor energy use and strategically deploy efficiency measures in state-owned buildings. And there are opportunities to centralize and improve state IT systems, allowing agencies to more easily generate data and securely share information with one another and the public.

This is worth highlighting. States generate and make use of a lot of data. There are opportunities to make sure that data can be securely used and shared across the public sector and even with the private sector to enhance state services or facilitate new projects.

PUF: Where are we going over the next year or two with initiative?

Sue Gander: It’s going to be an exciting time in terms of states moving ahead on a smart agenda, particularly as we have 22 new governors taking office this year. In October, NGA sponsored a learning lab in Illinois, where they were able to demonstrate some great outcomes from their work with our first cohort of five states – Colorado, Nevada, North Dakota, New Jersey and Virginia.

NGA will be hosting a panel on Smarter States for all the governors when they are together in February, for our winter meeting in Washington, D.C. That will be an opportunity for all governors to hear about what’s already been taking place. It’s going to be a dynamic conversation about the benefits, opportunities and challenges of becoming a smarter state. We will be helping governors learn about actions that they can take as champions and policy leaders.

NGA is taking the lessons that we’ve learned from our work to date, including the learning lab, and developing a roadmap for governors on smarter states and smarter communities that we will be releasing this spring.

Then we’re looking to work with another cohort of states over the course of the following year, to help them develop comprehensive strategies around their Smart States efforts. That will include governors’ staff as well as chief data officers and chief information officers who have been critical parts of the teams that we’ve worked with, as well as state energy, transportation and public safety officials.

We will continue to gather input from an advisory group of experts from the private sector, academia and non-profits. There’s a whole ecosystem that needs to come together to make these types of projects a success.

For example, many states already have active grid modernization, vehicle automation, or digital government efforts underway. While those stand-alone efforts are important, a smart community or Smart State initiative will let states implement those siloed data and technology initiatives at a more holistic level, considering overlap and opportunities across state government and the private sector. It will ensure that technology is deployed cross-functionally, interoperably and securely, and is done in a way that benefits all citizens.