Jonathan Schrag is deputy administrator for the Rhode Island Division of Public Utilities and Carriers. 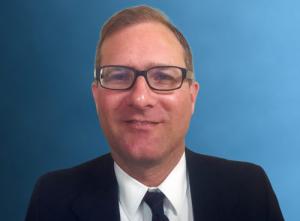 Jonathan Schrag: I'm deputy administrator for the Rhode Island Division of Public Utilities and carriers. We are one of two regulatory bodies that oversee electricity, gas, water, waste water and in the case of the division, we have original jurisdiction over some transportation assets as well, including ferries, transportation network companies (Uber and Lyft), and taxi services.

We are an indispensable party in all cases before the commission. In Rhode Island, the commission acts as the judicial arbiter while the Division presents evidence and enforces Commission orders in a way that may be similar to many advocacy staff in other jurisdictions.

Jonathan Schrag: One of the advantages that Rhode Island has is its relatively small size. Various agencies of state government and various levels of government can work together because most people know each other.

There are a few areas that we're excited about. We're most engaged in working with the electric and gas utilities to consider how the communications for smart cities may evolve. At the center of our thinking is National Grid's efforts to think through the development of their distribution automation and advanced metering proposals. The communications connectivity.

Of course, those could also be leveraged by a range of other users including municipalities.

The opportunity to provide services to municipalities raises the potential for alternative revenue streams and ignites the conversation around how those streams are shared between ratepayers and shareholders of the utility.

PUF: It sounds like the smart meters aren't in yet, but the proposal perhaps will be broader?

Jonathan Schrag: The meters are not in yet. In Rhode Island we have a collaborative stemming from a rate case that concluded in August. The rate case included a proposal from the company to advance power-sector transformation. One element of National Grid's Power Sector Transformation proposal was to develop a detailed business case for advanced meter infrastructure development.

We are working with several stakeholders in a collaborative, meeting biweekly. And one important component of those conversations for us is: If ratepayers buy a single communications network then let's be sure to use all its value. Can a communications network be used to achieve other things that communities want to?

PUF: A lot of parties besides you and the utilities, such as vendors and community groups are involved. How does that work?

Jonathan Schrag: They're obviously interested, but not a part of the stakeholder conversation. We were aware of some of the technology proposals that vendors have and are thinking through how that conventional meter can be used to meet a range of goals. Really what happens to the revenue stream? There's the technical side to it, but then there's the regulatory treatment of the potential proceeds.

The second area that's of interest is streetlights. Last year the legislature passed a bill that set a uniform price for municipalities to receive compensation for street light utilization. The way street lights can act as a critical piece of real estate to develop into small cell technology for advanced communications is something that Rhode Island is excited about.

The third component that is important is working across state government with the municipalities to make sure that we're leveraging all the assets that exist within state government. For example, our Department of Transportation owns a great amount of fiber-optic cable, which can be used as back haul to increase, or rather to decrease the latency. That will enable applications, for example, autonomous vehicles.

PUF: What's the potential regarding changes citizens will notice and changes in the services that they receive?

Jonathan Schrag: The potential is for a Christmas tree, in which you have some group of entities offering ubiquitous communication services, and it's not yet clear whether it will be the municipalities themselves or an entity of the state or conventional communications providers, the electric, water or gas utilities whom any number of third parties may leverage to offer their applications.

There are a range of needs, whether autonomous vehicles, or storm restoration, or enhanced energy efficiency response services, or more efficient garbage pickup routes. One of the very interesting questions we're asking is the back of the envelope gauge of what is the potential revenue?

PUF: Why is this important to Rhode Island? Why is this priority? You said the Governor is interested.

Jonathan Schrag: Rhode Island is a small state. We have a population that works hard. We're a strong, middle class state. The Governor is creating jobs, and Rhode Island is on top of the wave in recovering from the 2008 recession.

But at the same time, a middle-class Rhode Island wants to make sure that every efficiency and every saving can be gained. We don't have the sizable population that's able to support a large tax base, so we need to be as efficient as we can be. Rhode Island is also close to the 495 and 128 technology loops of Massachusetts.

From the public utilities' perspective, one factor that is unique about Rhode Island is over 95 percent of our citizens are supplied by one electricity company, National Grid, and that company also happens to represent all the gas customers.

While other states must work with several entities and utilities, in Rhode Island it's a relatively straightforward process to bring some of these technologies to commercial innovation.

PUF: It's an advantage that everybody knows each other, so you and the utility, once you have a consensus you can move faster than other places?