Steve Mitnick is the Editor-in-Chief of Public Utilities Fortnightly and the president of Lines Up, Inc.

The National Governors Association has been working hard for a couple of years on a smart states initiative that is about to garner national attention with the release of a major report on its initial efforts. But that's getting ahead of all the hard work NGA has done, starting with shadowing the Illinois government and branching out into a cohort of five smart states including Colorado, Nevada, North Dakota, New Jersey and Virginia. 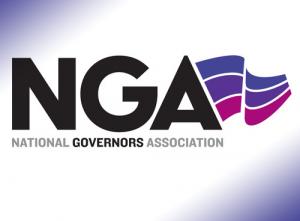 The staff at PUF was fortunate that NGA took time from their busy schedules to explain the Smarter States, Smarter Communities Initiative. Next, NGA introduced us to more staff at state governments that are working on making states smarter. These are the personnel that are the vanguard of what boils down to making lives better for all citizens.

Here, PUF's editor-in-chief Steve Mitnick goes behind the scenes with staff from governments in Illinois, New Jersey, North Dakota, Rhode Island and Virginia. You get an in-depth look at how states are becoming smarter. But first, NGA's Sue Gander and Dan Lauf explain the genesis of these amazing programs.