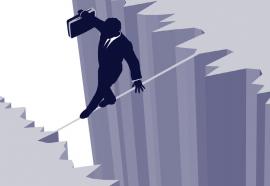 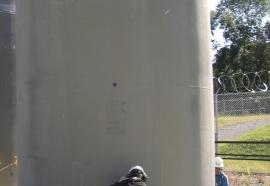 WHY IS ELECTRICITY COMPETITION NOT WORKING? The principal reason is the failure of Order 888 to accommodate the economic and technological constraints of wholesale power markets.

Soon after Congress passed the Energy Policy Act of 1992, to give authority to the Federal Energy Regulatory Commission to compel electric utilities under its jurisdiction to wheel power for others, the FERC correctly recognized that piecemeal wheeling orders wouldn't work well without a tariff. A tariff would make the service quickly available to the user without the need for time-consuming negotiation.

FOLLOWING MONTHS OF SPECULATION BY INDUSTRY players, Corbin A. McNeill Jr., chairman and CEO of PECO Energy Co., has formally announced that the company will focus on nuclear generation.

The mid-April revelation didn't take many speculators by surprise.

PECO has decided to focus on generation, nuclear generation in particular. While many other companies have chosen to abandon this risky part of the business, PECO is entering it with both feet. The company believes that nuclear is where its strength and expertise lie.

The city of Pittsburgh has filed an antitrust lawsuit against Allegheny Power Systems Inc., and Duquesne Light Co., to stop the merger proposed by the two companies.

In its Sept. 29 court filing, Pittsburgh claimed the two utilities acted jointly to restrain trade. The city said the companies did this by agreeing to maintain higher rates for electric retail service at two industrial sites targeted for redevelopment zones pending their merger.

Some critics wants PMAs out of the electric business. But that could leave market power to a few, large monopolies.

Department of Energy Secretary Federico Peña observed in an address at the recent annual meeting of the Edison Electric Institute: "The [electric utility] industry is incredibly diverse, with investor-owned utilities, municipalities, cooperatives, the federal power system, independent power producers, marketers and others.

Selling Off Your Nuclear? Here's What the NRC Has in Store

Too many rules can make any plant uncompetitive.

Now, more than ever, the commission must weigh

the costs when it looks at health and safety, decommissioning and antitrust impacts. Nuclear assets seem to pop to the surface wherever one looks for causes behind the current upheaval in the U.S. electric utility industry. The nuclear experience (em with its costly prudence reviews so prevalent during the 1980s (em has helped fuel a major shift in attitude.