The New York Public Service Commission announced that it has approved moving $32 million in funds from Renewable Portfolio Standard (RPS) allocations to support the state’s call to increase development of solar power. The commission concomitantly authorized reallocation of $2 million in existing funding for competitive solar programs from downstate to upstate projects to meet current market demand. According to the commission, the program has been successful in promoting larger PV systems that could not economically compete in a statewide bidding program. 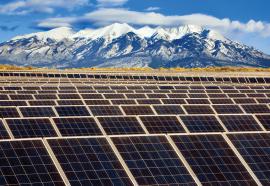 As solar generation systems grow in number and size, they will pose new challenges to the electric grid. Integrating solar energy calls for applying sophisticated monitoring and synchronization technology, to allow operators to keep track of operating parameters and ensure as much solar electricity as possible can be integrated into the grid.