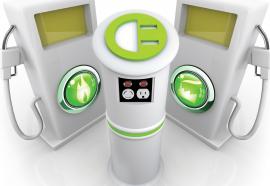 Experience in the Duke Energy Carolinas service territory shows that high penetration rates for electric vehicles, combined with increased natural gas-fired power generation, can result in lower costs to customers and lower risks for utility shareholders—while also reducing total emissions of greenhouse gases. However, these outcomes depend on policy changes that facilitate smart, off-peak vehicle charging, and that allow utilities to capture the benefits of a more environmentally friendly power system.