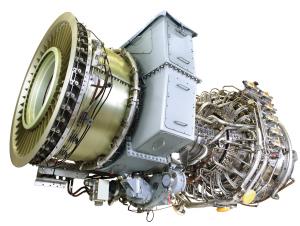 Calpine agreed to supply electric generation capacity and power to Public Service Company of Oklahoma (PSO) from Calpine’s 1,134-MW Oneta combined-cycle plant from June 1, 2016, through May 31, 2031. Under the contract, PSO will purchase 260 MW of Oneta’s capacity, energy, and ancillary services, including the right to dispatch Oneta to meet its energy needs up to the contracted capacity. The contract is conditioned on approvals from the Oklahoma Corporation Commission and on securing satisfactory transmission service.

TransCanada signed a memorandum of understanding with the Ontario PowerAuthority (OPA) to develop, own, and operate a 900-MW natural gas-fired power plant at the site of Ontario Power Generation’s Lennox generating station, near the village of Bath in eastern Ontario. OPA and TransCanada aim to finalize a contract by year-end, based on the terms of the MOU. The Lennox power plant would replace a canceled facility that was planned for construction in Oakville.

Homer Electric Association awarded a contract to NAES Power Contractors to supply a GE LM6000 gas turbine power project at an existing plant site near Soldotna, Alaska. NAES’s contract includes turbine placement, stack assembly and erection, installation of all ancillary systems and equipment, and start up and commissioning. The plant is scheduled to be operational by October 2013.

Private equity firm Panda Power Funds awarded a turnkey supply contract to Siemens for a 758-MW, gas-fired, combined-cycle power plant in Sherman, Texas. The contract follows an identical order for a Siemens Flex-Plant 30 in Temple, Texas, earlier this year. Siemens will supply the plant in consortium with Bechtel. The $300 million order includes a long-term service agreement. Siemens will deliver the power island equipment, including two gas turbines, one steam turbine, three generators, and the instrumentation and control system. Bechtel will be responsible for engineering and procurement for the balance of the plant, and installation, construction, and commissioning. Siemens will build the gas turbines, steam turbine, and generators at its factory in Charlotte, N.C. 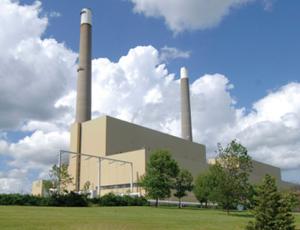 TransCanada plans to build a 900-MW gas-fired power plant on the site of Ontario Power’s Lennox generating station near Bath in eastern Ontario.

Tucson Electric Power (TEP) modified an existing agreement with SunPower to incorporate 6 MW of its new C7 Tracker PV technology into a planned facility that will also include 2 MW of SunPower’s T5 solar roof tile. The C7 Tracker combines single-axis tracking with rows of parabolic mirrors, reflecting light onto Maxeon solar cells, which SunPower says are 22.8-percent efficient. The C7 Tracker installation is expected to begin construction in January 2013, with startup in December 2013. The deal modifies a previous agreement under which SunPower was contracted to deliver 11 MW of rooftop solar capacity to TEP.

The Minnesota Vikings football team contracted with Juhl Wind to buy renewable energy credits generated by one of Juhl’s operating wind facilities. The credits are intended to match the electricity used at Mall of America Field at the Hubert H. Humphrey Metrodome for all Vikings home games during the 2012 and 2013 season. The agreement started with the Vikings first home game versus the Jacksonville Jaguars. Juhl expects to provide 520 MWh of renewable energy over the course of the team’s eight regular season home games.

The California Independent System Operator (ISO) board of governors in September approved a proposed rule to ensure the ISO can keep existing flexible power plants from prematurely retiring if they’re found to be needed for reliability in future years. The need for the ISO to address this issue was highlighted earlier this year when the owners of the Sutter Energy Center informed the ISO it hadn’t been able to secure a power contract and would have to shut down the plant. ISO analysis showed the 525-MW plant would be needed for grid reliability in 2017 and 2018. The California Public Utilities Commission required utilities to enter into power contracts with the Sutter Energy Center for 2012, but the situation prompted changes to the ISO tariff as it currently only provides for capacity compensation under specific circumstances to resources determined to be needed in the next operating year. The approved at-risk of retirement provision allows the ISO to contract for capacity determined to be needed for reliability reasons two to five years in the future. The price for the capacity is based on the resource’s “going-forward” costs. The ISO would only use the special designation after the plant operator has made a good faith effort to secure a utility contract. 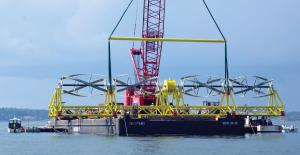 SunPower extended its long-standing partnership with Toshiba for the next several years. Under the terms of the master supply agreement, Toshiba will place orders of more than 100 MW for SunPower’s high efficiency solar panels to support the rapidly growing residential solar market in Japan. Since SunPower first partnered with Toshiba in 2010, it has delivered approximately 70 MW of solar panels.

Ameresco began construction on a 1.5-MW ground-mounted PV system at the site of a capped landfill near Lowell, Mass. The project is the latest phase of an Ameresco project that includes energy-saving building upgrades and PV systems allowing Lowell to manage and control its electricity budget over 20 years. Ameresco installed and now operates five rooftop PV systems at Lowell schools and an auditorium.

Bangor Hydro Electric verified that electricity is being delivered to the grid from Ocean Renewable Power’s (ORP) Cobscook Bay tidal energy project. ORP says it’s the first power from any ocean energy project—including offshore wind, wave, and tidal—to be delivered to an electric utility grid in the United States. This summer, ORP installed the first TidGen system, a 180-kW unit, at the Cobscook Bay site, including the on-shore station on Seward Neck, in Lubec, Maine. Two additional systems are expected to be installed in the fall of 2013. ORP’s Maine projects will sell power to Central Maine Power, Bangor Hydro, and Maine Public Service under 20-year agreements. 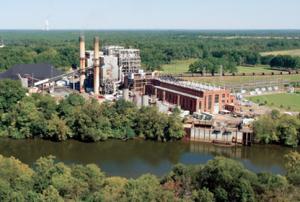 Southern Company and Turner Renewable Energy acquired the 30-MW Spectrum solar photovoltaic (PV) project in Clark County, Nev., from SunEdison, which is building the facility and will operate it on a 311-acre site. The Spectrum project is the third to be acquired by the Southern-Turner partnership, and its first using solar tracking technology. Construction began in October with startup expected in the second quarter of 2013. NV Energy will buy the plant output under a 25-year agreement.

PSEG Solar Source completed the $50 million acquisition of a 15 MW DC (12 MW AC) solar project on an 80-acre site in Milford, Del., from Juwi Solar Inc. (JSI). Under separate agreements, JSI will engineer, procure, and oversee construction of the facility as well as perform operation and maintenance services for the project. Construction began in September, with completion scheduled for late 2012. The project will be owned by PSEG Solar Source, selling energy and renewable credits to Delaware Municipal Electric Corp. under a long-term agreement.

Arista Power completed the first phase of a project to develop an intelligent micro-grid for the U.S. Army. The project is part of the Renewable Energy for Distributed Under-Supplied Command Environments (REDUCE) program, under guidance from the U.S. Army Communications-Electronics Research, Development and Engineering Center (CERDEC). The micro-grid is being designed to automatically integrate renewable and traditional energy sources to deliver reliable power in areas where military operations are taking place. Program goals include minimizing the use of fossil fuels.

Echelon partnered with eMeter to integrate the energyIP platform with Echelon’s control operating system software. The integration is intended to provide utilities with operational and business insight into complex relationships among smart grid endpoints, networks, applications, and users.

Four companies joined the Association for Demand Response & Smart Grid (ADS). The new members are Siemens, Constellation, Landis+Gyr, and GE. ADS is a non-profit organization based in Washington, D.C., focusing on the development and exchange of information among policymakers, utilities, technology companies, and other stakeholders.

Public Service Company of Oklahoma (PSO) began installing approximately 6,800 new digital electric meters at residences and businesses throughout Okmulgee, Okla., as part of its GridSmart technology demonstration project. Installation began in mid-October. PSO installed about 1,000 meters around the University of Tulsa campus in March 2012, and 14,000 meters in the city of Owasso last year.

Southern California Edison (SCE) partnered with Corix Utilities to install smart electric meters in the San Joaquin Valley as part of the Edison SmartConnect program. Most of the meters are scheduled to be installed through December 2012. SCE has installed more than 4.6 million smart meters at residences and small businesses since the SmartConnect program began in 2009, and expects installations to total nearly 5 million by the end of the year.

Itron supplied E.ON, one of the largest utility companies in Hungary, with more than 7,600 smart meters for business and residential customers across the country. The deployment began in late September and expands on E.ON’s existing gas and electric meter pilot project. Its general packet radio service (GPRS) meters allow for automated monitoring and increased communication about energy usage. The meters will be installed at a random selection of E.ON’s 2.5 million customers. Over the coming months and years, the Hungarian Energy Office will use the data derived from the smart meters to evaluate consumer energy use and efficiency.

The DOE awarded funding from the Advanced Research Projects Agency Energy (ARPA-E) to a Det Norske Veritas (DNV) project for exploring the limits of battery operations. In cooperation with partners NexTech Materials and Beckett Energy Systems, the DNV-led project will use battery life prediction modeling and sensor monitoring to identify the potential limits of battery operation, with the goal of extracting greater performance. The project uses a new off-gas sensing technique to improve safety, along with life prediction models for commercial application. The project also aims to demonstrate second-life batteries in an energy storage application.

American Electric Power selected Quanta Services to rebuild 66 miles of its 345-kV power line near Corpus Christi, Texas. Quanta will perform the work with the line in an energized state, using proprietary processes and equipment to avoid service outages to AEP’s customers during construction. Quanta says the project represents the longest span of transmission line in the U.S. to be rebuilt while remaining in an energized state. Pre-construction activities have begun and construction is expected to start in the fourth quarter 2012 and ramp up during 2013. Scheduled for completion in March 2016, the project is the first of five phases of energized transmission upgrades planned in the area by AEP.

PECO completed its annual inspection of more than 1,800 circuits and more than 10,000 miles of aerial electric lines across its service territory as part of the company’s maintenance and reliability improvement program. PECO invested about $600,000 to perform the inspections. The program includes a visual examination of PECO’s aerial electric system for issues such as damaged equipment and sagging lines. Infrared cameras also are used to identify potential equipment problems before they occur by recording temperature variations within a piece of equipment while it’s in operation. Equipment and lines in need of repair are reported throughout the inspection process and prioritized for repair based on the severity of the issue.

Iberdrola USA awarded a contract to Burns & McDonnell to conduct a six-month on-site facility review of critical electrical transmission and distribution infrastructure. The review will include an update of existing policies and procedures for critical infrastructure protection (CIP) in compliance with North American Electric Reliability Corp. (NERC) requirements. Iberdrola also contracted Burns & McDonnell to develop uniform operational standards, policies, and procedures that will apply to current work activities across all of Iberdrola USA’s operational and management companies.

Columbia Gas Transmission, a unit of NiSource Gas Transmission & Storage, reached a customer settlement that allows Columbia to modernize its gas pipeline infrastructure during the next five years, with provisions for potential extensions thereafter. The settlement filed with the Federal Energy Regulatory Commission (FERC) includes a base rate reduction for customers and an investment recovery agreement. Columbia hopes the settlement will be approved before the end of 2012.