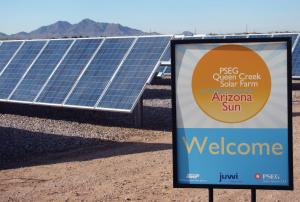 Public Power Pool selected Constellation to supply its members with 2.7 million MWh of electricity following a competitive bidding process. The three-year agreement with Constellation will begin in 2014.

Juhl Wind and 8030 Companies formed a joint venture to acquire existing wind farms and additional generating assets in the United States and Canada. Operating under the Juhl Wind name, the partnership expects to buy 260 MW of older wind farms over three years. The company might purchase projects totaling 60 MW of capacity in 2013, and 100 MW in two subsequent years. The company plans to acquire wind farms smaller than 100 MW and at least a decade old, where equipment needs to be replaced or improved, qualifying the projects to capture production tax credits of 2.2 cents per kWh. 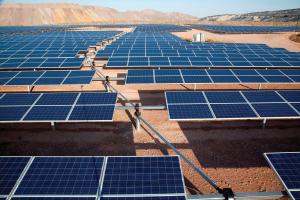 Siemens Energy finalized its contract with Pattern Energy for the Ocotillo wind power project, under construction in Southern California. Most of the project was scheduled to start operating in 2012, with a portion going online in the first half of 2013. The scope of supply includes delivery, technical field assistance, and commissioning of the 112 SWT-2.3-108 wind turbines, including a two-year service and maintenance contract.

SolarReserve a U.S. developer of utility-scale solar power projects; the Kensani Group, an investment and financial advisory player in South Africa; and Intikon Energy, a South African developer of renewable energy projects, have successfully closed financing for two 75 MW (DC) solar photovoltaic (PV) projects. The 75-MW Letsatsi project will be located in the Free State while the 75-MW Lesedi Project will be constructed in the Northern Cape. The projects were selected by the South Africa Department of Energy in the first round of bids under the South Africa Renewable Energy Independent Power Producer Procurement Program (REIPPPP). Completion is scheduled for mid-2014.

Array Technologies will supply its DuraTrack horizontal, single-axis solar trackers for a 268-MW (DC) PV facility in California’s Imperial Valley. The FirstSolar project will be interconnected to the San Diego Gas & Electric (SDGE) grid as a qualified facility for a large generator interconnection agreement in the California Independent System Operator market. The plant is expected to enter service in phases during the second half of 2013. 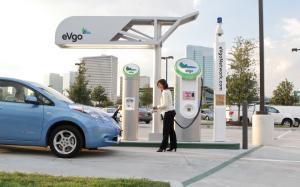 Entergy acquired the Hot Spring and Hinds power plants from KGen Power at the end of 2012. Entergy Arkansas purchased the 620-MW Hot Spring plant for $277 million, while Entergy Mississippi bought the 450-MW Hinds plant for $246 million.

TransCanada agreed to acquire BP’s 40 percent interest in the Crossfield gas storage facility, as well as BP’s interest in CrossAlta Gas Storage & Services, the companies’ marketing joint venture. The $210 million transaction will give TransCanada 100-percent ownership in the facility, located in Crossfield, Alberta. TransCanada has operated the facility since 2011. As part of the deal, TransCanada will acquire all of BP’s mineral interests in the area, including BP’s ownership interest in the Elkton production unit and related surface land. BP will remain a storage customer. The transaction is expected to close by the first quarter of 2013. 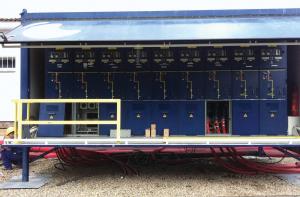 Saft is providing a li-ion battery storage system for the High Wind project in Saskatchewan.

San Diego Gas & Electric (SDG&E) began installing a new outage management system (OMS), which the company expects will speed up outage detection and help utility personnel restore service faster. For the project, SDG&E integrated a geographic information system, which provides detailed images and technical data about the grid. In addition to localized outages, the OMS can track multiple outages during large storms to help ensure power is restored as soon as possible. The OMS will use data from the 1.4 million smart meters that SDG&E has installed in its territory.

The Association for Demand Response & Smart Grid (ADS) welcomed three additional members to the organization. The new members are California Independent System Operator, Dimplex North America, and Negawatt Business Solutions. ADS is a non-profit organization based in Washington, D.C., focusing on the development and exchange of information among policymakers, utilities, technology companies, and other stakeholders. 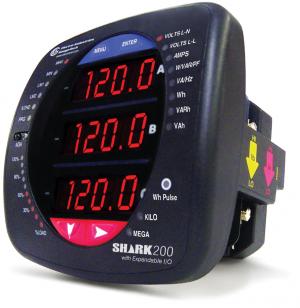 Cowessess First Nation selected Saft to design, produce, and install a battery energy storage system that includes two Intensium Max 20E lithium-ion battery containers as part of the High Wind project near the City of Regina, Saskatchewan. Saft says the Regina project is its first wind power application in North America. The grid-connected system is expected to increase reliability and decrease volatility of the wind farm’s output by as much as 70 percent over the system’s 15-year lifespan. Each li-ion unit includes a 400-kW power conditioning system for use in conjunction with an 800-kW utility scale wind turbine. The facility is scheduled to begin operation in early 2013.

NRG Energy, through its eVgo subsidiary, formalized plans for a comprehensive EV charging network in California. As part of its agreement with the California Public Utilities Commission, NRG expects to invest $100 million over the next four years in the eVgo California charging network. The fee-based network will include 200 publicly available, fast-charging stations that allow drivers to add 50 miles of range in 15 minutes at retail locations in the San Francisco Bay area, the San Joaquin Valley, the Los Angeles Basin, and San Diego County.

Itron and Deutsche Telekom agreed to collaborate on delivering smart metering systems to target markets in Europe. Under the agreement, the two companies will use Itron’s smart meter solutions, along with Deutsche Telekom’s M2M capabilities, information and communication technology systems, and intelligent networks energy system.

Itron formed a strategic alliance with Panasonic to develop a smart meter platform tailored to the Japanese market. As part of the agreement, Itron will design, develop, and deliver an Itron smart meter with its 3G cellular communications to Panasonic. Itron’s technology will support multiple communication options, including cellular, RF mesh, and power line carrier. In Japan, the Ministry of Economy, Trade, and Industry has mandated the adoption of smart meters over the next 10 years for nearly 80 million electric meters to help manage energy supply and demand.

FirstEnergy plans to construct a new $45 million transmission control center in Akron, Ohio. The 70,000 square-foot facility will be built at the company’s West Akron complex, a 150-acre site that now houses an Ohio Edison service center, a FirstEnergy call center, and an office building. Groundbreaking is expected in the spring of 2013, with completion planned for the end of the year.

PacifiCorp awarded a multi-year engineering, procurement and construction contract to EC Source, a MasTec affiliate. Under the contract, EC Source will build the Sigurd-to-Red Butte transmission line in south central Utah. Engineering and procurement activities began in January 2013, with construction starting in April 2013, and startup in the summer of 2015.

Opower selected Infobright Enterprise Edition to support the analysis of behavioral, demographic, and log data that shows which of its products are being used most successfully by utilities, how utility customers interact with the information that Opower provides, and how activities like marketing programs or sales strategies are driving usage.