Making the case for collaboration on interoperability standards

John D. McDonald serves as chairman of the board of SGIP 2.0, Inc., and works as director of technical strategy and policy development at GE Digital Energy. McDonald earned his B.S. and M.S. degrees in electric power engineering at Purdue University, and his MBA in finance at the University of California, Berkeley. He is past president of the IEEE Power & Energy Society (PES), an IEEE PES distinguished lecturer, and board chair of the Smart Grid Consumer Collaborative. He is based in Atlanta, Georgia.

The old joke about standards – “Which one? There’s so many to choose from …” –  has been effectively laid to rest, as you read this article. Today, we see the convergence of global standards into just a handful for fundamental utility communications, an amazing development based on decades of experience and just a few years of very focused work by stakeholders. 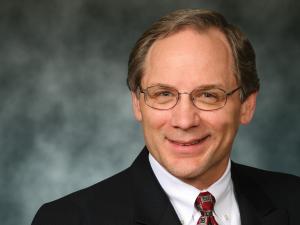 Forward thinking in the power industry now focuses on holistic, harmonized solutions rather than the mere addition of discrete technology components. We have a more comprehensive view of grid modernization than just bolting on products touted during the hype cycle prevalent only a few years back. This new view of the smart grid landscape has been made possible by advances in integration and interoperability achieved thanks to the establishment of standards and open architecture.

The corollary, of course, is a hard truth: some of the work done to date, under the old paradigm of bolt-on, component-based technology, will require re-engineering, with attendant costs.

We’ve achieved this more rational perspective on grid modernization by design, not happenstance. The recent past is prologue to a more productive future.

Consider the procession of events and forward thinking that led us here.

To fulfill legislative requirements of the Energy Independence and Security Act of 2007, the National Institute of Standards and Technology (NIST), a branch of the U.S. Department of Commerce, formed the Smart Grid Interoperability Panel (SGIP) in 2009 as a public-private framework for coordinating standards work to ensure interoperability and security.

The first step – engaging stakeholders – was successful. The second step – formation of the SGIP 1.0 – also succeeded. The third of three steps has just begun: the transition from SGIP 1.0 to SGIP 2.0, Inc. – an industry-funded organization dedicated to advancing the original mission of coordinating standards development and interoperability, and encouraging global harmonization around the results. Now the power industry itself is in charge of its own destiny.

The SGIP effort defines requirements for essential communication protocols and other common specifications, and it coordinates the development of relevant standards by standards development organizations (SDO). The SGIP doesn’t develop standards directly, but provides an open process for stakeholders, including NIST, to interact and drive progress in the ongoing coordination, acceleration, and harmonization of new and emerging standards for the smart grid.

One year after the SGIP’s formation, in July 2010, George W. Arnold, former national coordinator for smart grid interoperability at NIST, testified before the House Committee on Science and Technology’s Subcommittee on Technology and Innovation:

“While we are driving this program with a strong sense of urgency, we must also keep in mind that the foundation we lay with these standards likely will establish the basic architecture of the grid for the next 100 years. Any fundamental mistakes made at this stage may be difficult and costly to correct later. We especially cannot afford to make incorrect architectural choices or adopt weak standards that would compromise the security, reliability or stability of the grid. We need to work both quickly and carefully.”

As Arnold explained, SGIP in Phase 1 engaged more than 1,500 stakeholders, representing hundreds of organizations in a series of public workshops. This effort earned accolades as a transparent and inclusive public-private initiative. “Through this process, we and our collaborators created a high-level architectural model for the smart grid, analyzed use cases, identified applicable standards, determined gaps in currently available standards and agreed on priorities for new standardization activities,” Arnold said. Ongoing challenges, he concluded, include testing and certification of standards-based equipment and the global harmonization of standards – two charges taken up by SGIP 2.0, Inc.

My own written testimony to the same subcommittee read, in part:

“As we strive for interoperability across smart grid’s system of systems, we strive for … getting all the devices and infrastructure to speak a common language, use common interfaces and really work in unison … [This] is a new reality for both suppliers and customers that have traditionally operated in silos … From the utility’s perspective today, a supplier needs to ensure interoperability of technology not only within its own portfolio, but also with the technology portfolio from competing suppliers. This provides confidence in the technology investment and, ideally, a better return on the investment due to fewer, more easily managed implementations and integrations.”

I added a point that could be the thesis for this article:

“To address awareness and risk aversion, we need engagement, active participation and collaboration among a fully representative set of stakeholders. Being part of the process is paramount to trusting the process and its outcomes. The SGIP embodies and promotes these principles. The charter, membership profile and structure of the organization clearly demonstrate the desire to be open and inclusive in composition, transparent in operations and in consensus with work product and deliverables. The Governing Board is constantly evaluating balance among stakeholders, particularly, suppliers and utilities. This is required for the SGIP to drive standards that are technically strong and able to be successfully implemented – affordably and without adversely affecting performance.”

Fast forward to the present. In his State of the Union address in January, President Barack Obama cited his forthcoming executive order on cybersecurity (issued in February), which requires NIST to create a framework for effective security for critical infrastructure, including the electric grid. Not incidentally, that framework likely will rely on the work of the SGIP’s Smart Grid Cyber Security Committee. Thus the SGIP’s foresight and focus, and its process for open participation leading to consensus and timely deliverables, are aligned with the nation’s priorities on infrastructure protection, as well as smart grid interoperability.

That’s the vision that propelled SGIP 1.0, a vision that continues to drive SGIP 2.0, Inc.

Now, cast your mind back to the days of yore – say, the 1970s and ’80s. Communication protocols between equipment, and data links between systems, were all proprietary in nature. Automation systems, operating in real-time, weren’t well-matched to computer operating systems and the automation system suppliers often modified those operating systems, creating what I call “tightly coupled proprietary systems.” When changes were needed in this environment, a “forklift upgrade” was a euphemism for “replacement.” The result? Projects lurched past deadlines and shot over budget, creating a lose-lose situation for customer and supplier.

Only in the 1990s did the power industry recognize the value of open architecture and standard data links. The advantages were obvious and the market turned in this sensible direction. Utilities could avoid vendor lock-in and hold down costs. Automation systems became modular and upgradeable, providing a degree of future proofing. With open architecture and standards development, software too matured with the industry’s embrace of the Common Information Model (IEC 61968/61970). The lifetime of software and systems could be extended, as they evolved over time. This progress lowered risks and, therefore, costs.

Initially, it should be acknowledged, the industry encountered trade-offs between using proprietary forms of communication and industry standards. The use of proprietary standards for communication protocols for SCADA-type applications, for instance, is very efficient in terms of the number of bits needed to convey relevant information. Proprietary standards in this instance weren’t general purpose; they were specific to the application. So a utility could get by (and some still do) with a 1,200 bit-per-second leased phone line from the control center to the substation for SCADA communications and still maintain a 2- to 4-second update rate at the control center’s SCADA master.

In the mid-1990s we adopted DNP3 (Distributed Network Protocol 3) for general purpose SCADA communications, but that came with higher overhead; that is, more bits were needed to convey the same information. To maintain a 2- to 4-second update rate for the SCADA master at the control center, a utility had to support a minimum of four times the bandwidth, or a 4,800 bit-per-second data rate. (Many utilities, in fact, migrated to 9,600 bits-per-second.)

Today, it’s easier and less expensive to create greater bandwidth than it was 20 years ago, so that’s become a non-issue. But it’s good to be aware of it. Say a utility is moving from using a legacy protocol with a 1,200 bit-per-second leased line for SCADA communication that it has used for 20 years, and now it wants to upgrade to an industry standard protocol such as DNP3. The utility wants to maintain that 2- to 4-second update rate at the control center’s SCADA master. That means the utility must upgrade its communication network. In general, if the utility is adding smart grid applications, the first step would be to evaluate its communication infrastructure and ensure that all technologies can support the response, bandwidth, and latency requirements for data flows that support those smart grid applications.

Now a utility can install any vendor’s intelligent electronic device (IED), and as long as it supports a standard communications protocol, we can interface it with the substation’s automation system, so that the field equipment in the substation can talk up to the SCADA master at the control center.

Consider the three levels of communication for a utility and how the convergence of standards has simplified matters.

Down another level, from the master station to field equipment in the substation or on the feeder, only two primary protocols are in use worldwide today. One is DNP3, popular in North America and recently adopted as IEEE 1815. For European suppliers, the standard has been IEC 870-5-101 for serial communications and 870-5-104 for network, or TCP-IP communications.

Within the substation itself, the entire world is migrating to IEC 61850, though implementation issues remain to be ironed out.

So the old saw about too many standards now lacks a punch line. That’s an advancement worth acknowledging as the new baseline for our efforts going forward.

In the course of its work, the SGIP 1.0 initially identified 16 foundational standards for smart grid. Among existing standards, more than 90 can be leveraged for grid modernization – before we collectively write any new ones.

Where gaps remain, however, the SGIP 1.0 coordinated the efforts of SDOs by determining which was best suited to develop a certain standard. The SGIP’s priority action plan (PAP) process was effective in accelerating the timeframe required for standards development from a typical five years (60 months) down to 18, 12, and even as few as six months.

That brings us, at last, to SGIP 2.0, Inc. In my view, power industry players can select one of two choices: participate in standards development and gain a strategic perspective for one’s technology roadmap or commercial trajectory, or sit back and allow competitors to take the lead.

We’ve seen how much progress is possible when the best minds work together toward an open architecture and global harmonization of standards. We’re poised for a new era in grid modernization, with its promise of greater reliability, security, flexibility, efficiency, and resilience. Now that the governance and direction of the public-private partnership that was SGIP 1.0 has become a private, standalone, industry responsibility in the form of SGIP 2.0, Inc., we have the opportunity to make real progress.