Susan Ackerman is an attorney and chair of the Oregon Public Utility Commission. In February 2015 she was selected by the National Association of Regulatory Utility Commissioners (NARUC) as chair of the association’s Committee on Electricity. She serves also on the Electric Power Research Institute (EPRI) Advisory Council and co-chairs the Residential Retrofit Working Group of the public-private State and Local Energy Efficiency Action Network. Her answers here reflect her own opinions, and do not represent the views of the full Oregon Commission, or the NARUC Electricity Committee.

Fortnightly Magazine - November 2015
This full article is only accessible by current license holders. Please login to view the full content.
Don't have a license yet? Click here to sign up for Public Utilities Fortnightly, and gain access to the entire Fortnightly article database online.

FORTNIGHTLY: On August 3rd, President Obama and the EPA announced the Clean Power Plan (CPP), the first-ever national standards that address carbon pollution from power plants. What challenges will public utility commissioners face? What about Oregon? 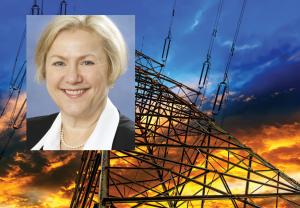 SUSAN ACKERMAN: The states that have economies that are dependent on coal will likely have more difficulty with the rule than states like Oregon. It may be politically difficult for these states to express interest in CPP compliance. Also, states for which a large portion of the generation mix is coal may have difficulty with the CPP due to rate impacts and effects on local economies as power plants close.

As for Oregon, from a compliance standpoint, we're situated quite well. The state has had a long-standing commitment to clean energy, so existing infrastructure will assist us with the CPP. However, our electric utilities serve their Oregon load in part with coal generation located in other states, so we are keenly interested in how those jurisdictions respond to the CPP. There will be rate impacts to be sure from the CPP. The trick for all of us regulators will be compliance at the most reasonable cost that we can assure. Part of that will be figuring out how to use the "trading" system the EPA envisions.