Steve Mitnick is President of Lines Up, Inc., Editor-in-Chief of Public Utilities Fortnightly, author of “Lines Down: How We Pay, Use, Value Grid Electricity Amid the Storm.

Among the forty-six nominations from twenty-seven utilities and other organizations of a hundred and thirty-seven top innovators, we wanted to know, what makes someone a top innovator? Where did they come from in their organization? What caused them to dream up their innovation? And how do they plan to further build on this development? 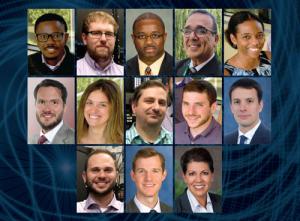 So we chose a sample of the forty-six nominations, seven in all, and asked these questions. Their interviews follow. The seven nominations herein came in from six different organizations. Four utilities — APS, PPL, PSEG, Southern Co., one vendor, and two from EPRI. And include sixteen top innovators.

What makes a top innovator tick? Read on.