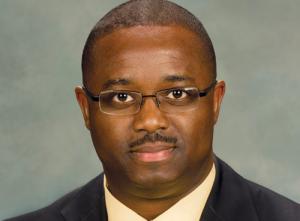 PUF: Talk about your role at Southern Company.

PUF: There's something called the Schatz Grid Visualization and Analytics Center. Talk about that.

Clifton Black: That is the name of the new center established in April of this year. This center is an innovation environment, which allows us to develop, evaluate, and demonstrate next-generation situational awareness technologies for transmission and distribution.

The core of what we do is take real-time data from the power grid, similar to what is used in a control center, but instead of using data to operate the grid, we leverage data for research purposes. We have significant modeling and simulation capabilities including a real-time digital simulator with hardware-in-the-loop functionality. But it is the infrastructure to leverage real-world data for research that sets what we're doing apart from what others in the industry are doing.

Because agility and speed are significant merits in the evaluation of new technologies, the state-of-the-art center will enable solutions to be deployed quickly and configurations to be altered easily, reducing time and cost in R&D. Another important aspect of our research is around technologies and functionalities for the control center of the future.

PUF: You had a major role in establishing the center. Also, there's a lot of work around the country on more sensors, more data and using analytics, and various sources of artificial intelligence to use this data for operations. But you're saying, how can we use this data for research?

Clifton Black: Sure, let me address both items. One is the name of the center, the Schatz Grid Visualization and Analytics Center. It is named after Joe Schatz, the former power delivery R&D manager. Joe passed away last year, and we dedicated the center in his memory.

A few years ago, I was working with one of the national labs on a new algorithm to use both SCADA data and synchrophasor data to assess grid stability. I shared the project idea with the Operations group. They were excited about it but were in the process of replacing our energy management system, so they were unable to provide the support that I needed at that time.

Scenarios like that helped me realize we needed an environment where we could get actual real-time data from the grid for research but not unduly impact the folks who operate the grid. I shared the concept for the center with Joe, and he asked me to put a proposal together, so I did.

He was my manager then, and he was behind it all the way. We wouldn't be here without his support, and his backing. As I talked with different people in management to get buy-in, Joe was always there helping push the vision. It's quite fitting we named the center in his honor.

Regarding the second item about the use of data - you are correct. There is a lot of work going on around the country on sensors, data analytics, and artificial intelligence for operations. We, however, use the data for research. We are working on developing and evaluating new analytics and artificial intelligence tools to generate new insights for improved decision support. Our environment is pre-production. Once new tools are validated and deemed valuable, we can work with business units to move them into operations.

PUF: There are interesting aspects to the name. Why was Grid Visualization included?

Clifton Black: Visualization is a critical component of situational awareness that often does not get the focus and attention it deserves. The focus on visualization, going back to the name, has to do with the idea that when you get ready to share information with people who need to understand and use it, you must think through the most intuitive mechanisms to do so.

Visualization is not simply having a screen for display. Visualization is a science around the human-machine interface. How should we provide information to the intended audience in support of their goals? We must think about it from their point of view as users, as opposed to only from the point of view of the designer.

Situational awareness has to do with asking and answering three questions: What? So what? And now what? If something happens on the grid, can you use data to detect and understand what happened, understand the implication of what has happened and generate a plan to effectively deal with what has happened? These questions may be applied to all aspects of the grid including security, reliability and resiliency.

We want to develop technologies that can span a wide domain for the power grid and ask, can we develop the analytics leveraging data from a variety of sources in new ways, to inform decisions and support information to a variety of stakeholders? Well thought out visualization tools play an important role in this ecosystem.

PUF: Talk about what you were doing in past years before you founded the Schatz Center.

Clifton Black: I'm coming up on my fourteenth year with the company. Southern Company is a fun place to work and I've always had great support from our management team. We are blessed to have a dedicated research and development group here at Southern Company.

After completing my PhD in Electrical Engineering at the University of Alabama, I joined Southern Company's research team. For some time, I have been responsible for a comprehensive research program focusing on electric utility grid operations, planning, analytics, and visualization. I lead internal research efforts across Southern Company's four regulated electric operating subsidiaries and manage industrywide collaborative partnerships with EPRI and other external organizations.

Also, previously, I managed the energy storage program. We gained insights about various energy storage technologies and shared information with internal teams interested in better understanding and deploying the technology.

The highlight of that work was the deployment of a one-megawatt, two-megawatt hour lithium-ion battery energy storage system in Cedartown, Georgia. This was a significant milestone.

We set it up to assess the battery system integration and interaction with a co-located, one-megawatt photovoltaic facility. Along with PV integration, we assessed peak shaving and reactive power support.

Each measurement is time-stamped using GPS, allowing measurements from different locations to be time-aligned. You see a much higher resolution of what's happening on the grid, which is especially helpful when conditions change quickly. The Northeast blackout in 2003 was a big driver for the widespread deployment of the technology.

When I got the program, we had about four PMUs across the company. By the end of this year, we will have one hundred and sixty PMUs installed. We have also developed a robust infrastructure and evaluated applications to leverage synchrophasors for business value including research supported by multiple DOE awards.