Utilities hurry up and wait to apply for grant money.

The American Recovery and Restructuring Act (ARRA, or the Recovery Act), signed into law in February, provides $4.5 billion in stimulus funding for programs aimed at “electricity delivery and energy reliability activities to modernize the electric grid.” This funding commitment, and swirl of industry and lawmaker activities since, has helped lift the smart-grid agenda out of the shadows of utility engineering departments and into the public’s broader view. 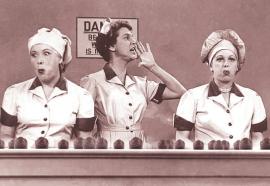