New Opportunities: Lewis “Lew” Hay III intends to retire from NextEra Energy at the end of 2013 as part of a planned leadership succession process. Hay will serve as executive chairman from July 1, 2012, until his retirement, and James L. Robo, currently president and CEO of NextEra Energy, will succeed Hay as CEO, effective July 1. 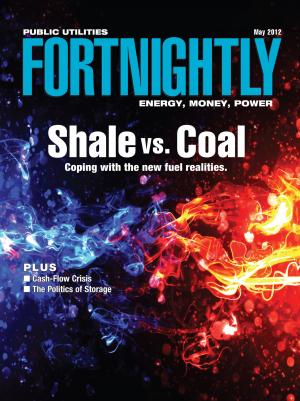 PPL elected William H. Spence to chairman of the company, effective April 1. Spence has been serving as CEO and a member of the board of directors since November 2011 and was named president of the company in July 2011.

Pepco Holdings appointed Frederick J. Boyle as senior v.p. and CFO. Boyle was most recently CFO of DPL. He will take over the post from current CFO, Anthony J. Kamerick, who announced he will retire after 41 years with the company. Kamerick will remain at PHI as executive v.p. and chief regulatory officer until his retirement in January 2013.

First Solar elected James Hughes to the newly created position of chief commercial officer. Most recently, Hughes was CEO and director of AEI.

The California state senate confirmed the appointment of Mark J. Ferron as a commissioner on the California Public Utilities Commission (CPUC). Previously Ferron was a senior partner at Silicon Valley Social Ventures.

Steven Agresta joined law firm Hogan Lovells’ energy practice as of counsel in the Washington, D.C. office. Prior to joining Hogan Lovells, Agresta was executive v.p. of legal at Entergy Services until 2010, and has since served as a consultant to the president of Entergy’s wholesale commodity business. He began his career as a law clerk for the U.S. Court of Appeals for the Ninth Circuit.