State and Future of Power: Arkansas

PUF: What's your take on the current status of the electric power industry? 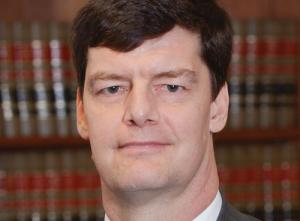 Chair Thomas: In my view, the status quo is pretty good, and it's based on a number I hear you cite all the time. That is, "A percentage of personal electricity costs are near or at all-time lows."

That doesn't mean we take that for granted, but we start at a good place. This is driven primarily by low gas prices. The key part of my job is to manage risk on behalf of ratepayers. The two biggest risks I see out there are gas price risk and federal policy risk, particularly federal carbon policy.

What are we doing about that? Number one, we're defending fracking. Fracking is good. Fracking is a bad word, but fracking brings lots of good things, and that message needs to be better told.

The second thing we're doing is seeking to knock down all barriers to new technology, except for one, and that is price. That's demand response, the DER, storage, any of these new technological possibilities out there. We want policies that result in price discovery, so that within our regulated model you can have customer driven preference with price discovery to make sure that you're getting a good deal. 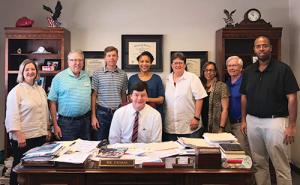 In Arkansas, we are still vertically integrated, so you have to manage stranded cost risk. You have to separate what is value and what is a cost shift. People can argue about where those lines are, but we need to create value to customers in ways other than shifting of responsibility for legacy costs.

Then we want to use price discovery, so consumers can choose what they think is value, but it doesn't need to be something that is shifting particular costs on other folks, because there's a stranded asset risk.

The big driver of a lot of this stuff is going to happen federally with carbon policy. When you look at the current state of the administration, I think it would be a good idea for states to prepare for clean power plan number two, because it's coming.

That's a political observation. Tomorrow the White House staff could stabilize. The cabinet could stabilize. The congressional leadership could prepare more diligently for the challenges that we face, and all of this could turn around. I've been watching for two years but what I see is increasing risk for carbon policy.

You have this big battle out there among the regulators. It's really carbon versus cost control, pretty much everybody cares about both, but it's a balance. Of course, my state, Arkansas, is more on the cost control side, but at the same time, if we're going to manage costs, we have to be ready for federal carbon policy.

So that's kind of the view from here. Implementing all of that is a challenge that we're working on.

PUF: I love the way you portray your job as kind of the manager of risk to protect the people of Arkansas. Everything you said was in that context.

Chair Thomas: Yes, a crystal ball would be very helpful. I don't have one of those. We have to turn to more traditional risk management practices, like optionality and diversity of portfolio and all of that kind of stuff.

We want to embrace technology, but we don't want to be the first person to buy a new $5000 flat screen TV that you can now get for $688.88. Getting back to the value of technology, there are risks and benefits to being early adopters, and that's one more risk that you've got to manage.

PUF: Is that a hard job or is it a relatively easy job?

Chair Thomas: To me, the relatively easy job is theming all of this out from a policy perspective. The two hard things are, number one, the electrons have to be physically delivered. So, there's all the operational stuff related to reliability.

Number two, all the costs allocated by the policy have to flow through a tariff. So, in addition to defining the policy, there are a lot of technical challenges both on the physical delivery side and on the cost allocation side. There's a lot of stuff going on right now, and its pushing down deeper and deeper in details from that broad policy theme. It's kind of what we're trying to do now.

PUF: Looking forward, if you portray the status quo as being pretty good, can it go south?

Chair Thomas: The electric industry is fundamentally an engineering business. The thing I would never bet on is that our engineers can't figure it out. That is a losing bet.

That doesn't mean if folks said, "Figure it out in a hundred and eighty days," that it will all come together that soon. There is a time element, but our engineers will figure it out.

I'm an optimist on that because we are going to figure it out. But, right now there is a lot that we're trying to figure out, and there are some time deadlines. We're working on it and I think we'll get there.

To me, the thing that can really go wrong would be something like a fracking ban. Fracking has taken the pressure off on the carbon issue because it brings costs down and carbon down at the same time.

If you take the cheap gas out of the picture and go back to coal versus renewables, then your price swings back and forth on carbon policy.

To me, the thing that could make it go south would be something that happens to fracking. That's a concern, because fracking might be as bad as the "f" word in some circles.

I don't think that the fracking folks themselves, or the oil industry in general have done a good job of putting the message out there. If its five-dollar gas instead of two or three-dollar gas, that's gas in your car.

Fracking has provided tons and tons of benefits, yet it's like the second "f" word. To me, that's the threat, because if that goes away and increases all these prices, and we've opened and folded up some of our foreign adversaries, that's a lot of bad stuff that can happen.

PUF: One of the main things to look out for is to make sure people appreciate the fracking revolution and what it's done for this country?

Chair Thomas: Yes, I think that very much. A lot of people say, "Yes, I agree with you regarding fracking, but the threat to fracking is overstated and that something that crazy is not going to happen." Look at the last few years in politics. I'm not interested in any answer that says something that is crazy can't happen.

PUF: Plus, there's all the folks that oppose gas pipelines for example.

Chair Thomas: Those are so hard because it is a combination of things. Some people get it but don't want it in their back yard. Other people don't get it, and there are four or five avenues of attack.

You attack the drilling. You attack the piping. You attack all of it. Then it's really hard to articulate to Mr. and Mrs. Middle America that these things don't happen, and then rates go up. Particularly when you're sitting around right now, and things look pretty good. When those numbers start going the other way, you start asking what the heck is going on.

Watch New England. When the politicians and the public begin to push back, as they haven't yet begun to push back in my view, then that might change. We're fortunate to be distant from that.

We're on the pipe route between what used to be Gulf Coast North and East. It is increasingly becoming western Pennsylvania piped south for export. Pipe infrastructure is not a problem we have, but if you look around at other states you can see places where that problem exists.

PUF: We can classify you as an optimist but vigilant about the power industry going forward?

Chair Thomas: Yes, I would agree with that. Our engineers are going to get that figured out. When large scale wind first started coming on, some said, "It's just going to go bonkers." But you get some data, get some experience, and put some engineers on it. They figure it out.

Now they hit wind forecasts within one or two percent. Although all these things can be done, that doesn't mean they are easy to do. It takes time. Our engineers are really good at figuring these things out.