State and Future of Power: Wyoming

PUF: What is a typical day like as the chairman? 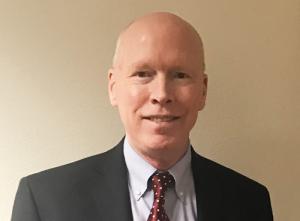 Chair Russell: I'm not sure there is a typical day. Most of my time is spent preparing for the next big hearing. We're a small commission. We have three commissioners and a staff of thirty.

There's a lot of interaction with staff at all levels, almost on a daily basis. As chairman, I also serve as the agency head. I spend a fair amount of time on administrative and personnel matters.

As far as professional relationships, we are somewhat informal outside the hearing room. On a daily basis, I have personal conversations with staff members at all levels about family and whatever is going on in their lives.

PUF: To get your perspective on the current state of the electric power industry, how do you think it's going? 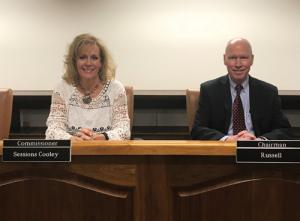 Chair Russell: I'll begin with a western perspective because there are some very exciting things happening right now. After decades of bilateral contracts and thirty-seven balancing authorities, there are suddenly three simultaneous initiatives to regionalize the grid and bring wholesale markets to the west.

PUF: What are these three big developments?

Chair Russell: First, let me back up and begin with a fourth initiative. The California ISO and PacifiCorp were in talks to expand the ISO into PacifiCorp's footprint. That particular initiative is dormant, if not dead.

The reason it failed, or is failing, isn't because regionalization is a bad idea. It's because policy makers and politicians could not agree on governance. Many in California wanted it to remain the same ISO, even if it expanded across several western states.

That didn't work out too well but, as I turn to the three new initiatives, the California ISO is back in the mix.

We're going to go east to west. It started with an organization called the Mountain West Transmission Group, which is mostly in Colorado and Wyoming, but also parts of New Mexico, Montana, Nebraska, and Arizona. It's a group of seven transmission operators and electric utilities organized to evaluate formation of an RTO.

They considered forming their own organization or joining an existing RTO. Right now, they are negotiating to join the Southwest Power Pool.

In fact, they are far enough along that the plan is to go to FERC by the end of this summer, and the members that are state regulated plan to file applications with the states by early next year.

In response, Peak Reliability and PJM, an RTO back east, began working together to expand the services offered by Peak, which could include a wholesale energy market as a potential first step towards forming an RTO.

We began studying regionalization a few years ago when PacifiCorp considered joining the California ISO. There's no doubt in my mind that RTOs and ISOs offer certain benefits. But the question we're still grappling with is at what cost.

It's exciting to watch. Regional organizations and wholesale markets are new to us and we are watching and learning. After decades of avoiding regionalization in the west, I suspect that our future is going to look different.

PUF: Looking out the next three to five years, how do you feel about the future? Are you optimistic? Are you worried?

Wyoming is a coal state. We know that coal-fired generation is on the decline. I don't see that reversing. But we are looking at ways to stabilize coal production with help from clean coal technologies and new markets.

We also have great wind in Wyoming. The only thing preventing an avalanche of new wind generation is inadequate transmission. But recently, we granted PacifiCorp a CPCN to develop about two billion dollars in new wind and transmission.

PUF: Looking forward with all these developments, maybe energy can have a big impact on the economy of Wyoming, with development and jobs.

Do you look at that as well?

Chair Russell: I am very interested in protecting the economy, but it's not a primary objective of the commission. We take a traditional approach to economic regulation - safe, reliable service at just and reasonable rates. We don't wander very far outside those lines.

That being said, I strongly support Governor Mead's many initiatives to stimulate and diversify Wyoming's economy.

PUF: You're half worried and half optimistic. Is that a fair analysis?

Chair Russell: It is, but let me put a little color into what worries me most. I've been watching the decline of traditional baseload generation across the country, especially coal and nuclear power plants.

I'm wondering, how far can we go? How many big spinners can we lose before grid failures increase when the system is stressed? I'm concerned we may regret shutting down too many baseload plants because we failed to think it through.