State and Future of Power: Oklahoma

PUF: What do you do in a typical day at the OCC? 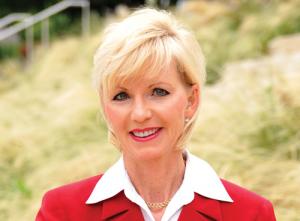 Chair Murphy: The beauty of this job is I'm not sure there is a typical day. However, there's a simple acronym that I use in my many public speaking engagements to describe what we do: TOPP — Transportation, Oil and Gas, Petroleum Storage Tanks, and Public Utilities.

If it moves by truck, train, transmission line, pipeline, or fiber line, we're the agency in the state that typically regulates that activity, as well as dealing with oil and gas exploration and production, gas stations, and utilities. This covers a wide range of responsibilities.

For example, on a given day we may be dealing with everything from earthquake directives to enforcement actions, to performance-based ratemaking cases, to daily oil and gas orders. The commissioners usually meet in public at least three days a week.

But we are actually a 24/7 agency, with staff on around-the-clock call on things like earthquake response and emergency assistance to stakeholders and other agencies on natural catastrophes such as wildfires and tornadoes, as well as emergency environmental response. As I quickly learned, our agency has to be resilient, flexible, nimble, and able to adjust to different things that may happen in a given day. 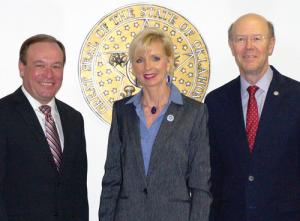 PUF: The OCC has a broad responsibility?

Chair Murphy: Given our responsibilities, I think it would be safe to say we are the most economically powerful agency in the state. If you just look in the state generally, we regulate over three thousand oil and gas operators, almost two hundred thousand oil, gas and injection wells and over forty thousand miles of pipelines. That's not counting electricity, natural gas, telecom utilities, petroleum storage tanks and thousands of trucks.

PUF: How many do you have on staff?

Chair Murphy: We have about five hundred employees, many of whom are remote employees, our field staff.

We have a main office here in the state capitol complex and also have an office where we conduct hearings in Tulsa.

We have fuel inspectors, because the Commission also ensures a gallon of gasoline is a gallon at the octane level that's stated. We have transportation officers for manning ports of entry/weigh stations and to perform oversight on trucking. Additionally, the Commission has pipeline inspectors in pipeline safety.

It takes lots of employees, and a lot of those employees are outside of this building.

Chair Murphy: In Oklahoma the impact of federal regulations and regional issues, most notably over emission requirements, has had a major impact. Oklahoma had two major utilities take different paths regarding some of those federal environmental regulations.

One reached a settlement agreement with the EPA and some of the environmentalists, and the other company took its battle all the way up to the Supreme Court.

The challenge of federal regulation is really the timing, especially with a different administration. The current administration rolled back the Clean Power Plan. I'm sure if you talk to different commissioners they feel a little differently across their states. But for Oklahoma, it was going to be really high costs on top of the cost of complying with other federal mandates.

Then just recently, the state commissions had to deal with the recent impact of federal tax reform.

The Southwest Power Pool, SPP, is another issue. Oklahoma is in the footprint of the SPP, and our utilities are impacted by actions taken by the SPP's Regional State Committee, in dealing with the integration of the Mountain West Group.

(After our interview, a portion of the Mountain West Group had pulled out of the integration.)

I still think a huge issue for Oklahoma and other states is cybersecurity for both our stakeholders and the agencies. We had a cyberattack on the OCC system that took us down for two or three days, as far as having the ability to have things up on our website and postings and things like that. We've recovered from that now, but I think part of it has been just the age of the system that we have, and the money that's provided to us for some of these things.

Legislative issues are always of concern. I am concerned about a disconnect between legislation and the actual impact of the legislation. For example, there was recently a push to put new taxes on wind power. You're impacting a ratepayer when it sounds like you're doing something else. Don't forget, if you tax kilowatt hours for generation, who's going to foot the bill for that?

I don't think I realized all the implications of a given action or proposal when I first took the job. Whether it's state or federal regulations and statutes, we must understand all the interests involved and balance them.

Another dynamic change is that many interveners in a case are now single-issue interveners. That makes it far more difficult to work toward a settlement in a given case than it was when I first took office ten years ago. Often, there is little room for give and take.

PUF: Looking forward the next three or four years, do you feel optimistic?

It makes me really proud to work with the people here as they go out of the way in the name of service. For example, we had some of our public utilities' staff travel into the field to get a better understanding of the issues faced by utilities personnel. We're also part of the Emergency Response Team for the entire state. I think that helps us do our job well.

I see challenges, but I also see some really positive things.

Oklahoma still has among the lowest electricity prices in the nation. That's fantastic news! It's fantastic for people that are here, and to attract new businesses in manufacturing, high tech, and aeronautics and aerospace. In general, you look at 2017 data, and the Energy Global Institute shows Oklahoma as one of the third or fourth lowest states in electricity prices.

I still think cybersecurity will be a big issue. There's also the issue of dealing with congestion on the grid caused by the huge jump in commercial wind power in Oklahoma. I also think you will see more expansion of solar power in the future.

A distribution statute was passed that has had an impact on people who want to do distributive generation. Beyond Oklahoma, just about every state has utilities dealing with distributed generation and how that impacts what a traditional utility does.

I think you're going to see the paradigm of utility regulation continue to change.

As commissioners, it behooves us to learn and study and stay abreast of things that are happening. I'm just fortunate that I'm on the Electric Power Research Institute Advisory Board. It's really helpful for getting a look ahead.

It's easy to get caught in your own silo and look only at a given case or issue. You have to be thoughtful about the decisions that you make today and how they could impact the future. You also have to think about the ever-changing technology and what's happening in your state, whether it's oil and gas activity, increased population, or economic expansion.

I'm conservative, but at the same time I am progressive in also looking forward, exploring new and different ways of doing things.

As commissioners, we must keep abreast of what's going on and be thoughtful of the future as we're making decisions on the things that are right in front of us today.