PUF: Tell us about your typical day. 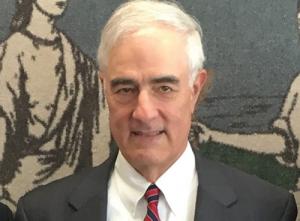 Chair Finley: The days vary. We have seven commissioners. For the most part, in the big cases, we as the commissioners hear the evidence. We don't delegate that to others. We hear some smaller cases, too.

Depending on the case load, we might be hearing a case, or we might be preparing for the case. We might be reading drafts, proposed orders and briefs, or making decisions and writing orders.

As the chairman, I've got some administrative duties - making sure that everybody's doing his or her job, all the positions are filled, all the employees are happy, we're compliant with all the state rules and regulations, are not exceeding the budget, and are making the governor and legislature happy.

PUF: How do you think things are going in the electric power industry? 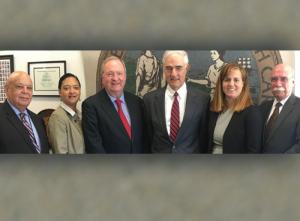 Chair Finley: There are certainly plenty of current challenges. Rather than being optimistic or concerned, you just put your head down and plow ahead and try to get from one day to the next. A lot of the issues are beyond one's control. We try to take the challenges we've got and make the decisions we have to make in the context of what we're confronting at the moment.

We are busy. We have had two major general rate cases in the last few months with Duke Energy Progress and Duke Energy Carolinas. We have some important issues in North Carolina. The predominant issues include coal ash remediation cost recovery, and that's been a very important, high visibility issue.

PUF: People are surprised when they see that North Carolina is second or third of all the states in solar.

Chair Finley: Now, we're well behind California. But it's unusual for us to be in that position. I think there are several reasons for it.

We have a renewable portfolio standard that was put in place in 2007. We had a state tax credit of thirty-five percent. That caused the installation of a lot of solar facilities. Our determinations under PURPA of the avoided cost rates and the procedures and so forth that the Commission has established, I think those are viewed to be fairly favorable.

As of 2017, there was House Bill 589, that has instituted a measure of competition in which solar facilities are added to the grid.

PUF: You're looking at the same kinds of issues that we see in other states?

Chair Finley: I don't think the implementation of the grid modernization is unique to North Carolina.

PUF: Looking forward, say three to five years, do you feel optimistic about where the industry is going?

Chair Finley: Rate design will be more important as we move along, as we have more electronics on the end of the grid, and on the transmission and distribution systems to enhance efficiency and give customers more choice with smart meters.

Generally, unlike what some people might lead you to believe, the utilities are not in a death spiral by any means. I think that we're certainly in an era of more rapid change and transition than in the recent past.

There will still be an important role played by regulators. Even where competition is relied upon, I don't think it is unfettered competition. There is no Adam Smith invisible hand. Even if you're in a restructured market, you're subject to FERC's jurisdiction.

In North Carolina we have under a hundred and twenty thousand Dominion customers in the northeastern part of the state. We have to sort of keep up with PJM as well as the vertically integrated, command and control system that we have for Dominion Energy Carolinas, Duke Energy Carolinas, and Duke Energy Progress in North Carolina, so we have the opportunity to compare and contrast.

I think we will continue to have the ability to do that because in the immediate future, no particular model is going to be ubiquitous and be relied upon throughout the country. There's some prognostication that we will be moving from the traditional types of models that we have now based on the sale of kilowatt hours, to a more service platform model where the utilities are seen more like a traffic cop or railway switch yard operator.

That's being experimented with in New York and other places. That may become a popular model at some point. I don't think it will be ubiquitous any time soon. So, we'll have an opportunity to look at all of those. I think all of them have their pluses and their minuses, and we'll be able to compare the plans.

PUF: There's a very big role for the commissions in providing some leadership?

Chair Finley: I think that all the commissions will have an important role to play. To some extent, we have moved beyond the congressional legislation that we have to live with. PURPA is an important model in non-restructured states, but it was passed in 1978.

When it comes to the 2005 Act, I think for a lot of the things that FERC is doing, the EPA is doing, that they sort of have to push the envelope because the legislation has not kept up with the industry. It would be nice to have some direction from Congress, for them to step in and address some of these issues on a national level. It's questionable whether they'll be able to do that.

FERC may have the authority to step in and make some changes. Perhaps introduce some competition under PURPA into the non-restructured markets and suggest ways that might be accomplished. FERC held a technical conference on PURPA and now they're fully staffed. The FERC Chair has acknowledged however that Congress has the ultimate say on issues such as these.