Why the FCC Acted

Ajit Pai is Chair of the Federal Communications Commission.

There are many heroes in this drama, that ends with utilities getting the spectrum they need to build private LTE broadband networks, air-gapped from the very public Internet. But if we had to choose only one, it would be the Chair of the Federal Communications Commission, Ajit Pai, who ushered the 900 megahertz proposal along an arduous path all the way to a final order. It's an understatement that the PUF team was delighted when Chair Pai agreed to talk with us about this achievement and the implications for the resilience of electric utility service, a conversation that makes for a fascinating read as you shall see below. 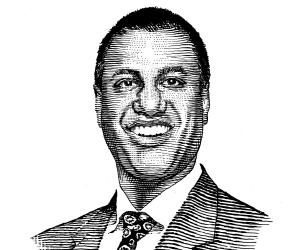 PUF's Steve Mitnick: This is big news. There's this 900 megahertz proceeding, and it has tremendous beneficial potential for utilities, so why should CEOs at electric utilities pay attention to this FCC proceeding and this action that you all are taking?

Chair Pai: I appreciate the question. Certainly, the FCC may not historically have been the normal place where utilities would look for initiatives that could benefit their businesses, but this is a very special case.

We think the 900 megahertz band can be a source of innovation for electric utilities. The reason is that technology has progressed to the point where, and the needs of utilities have progressed to the point where, this band in particular can help them accomplish their goals, which are to modernize their operations, improve the resiliency of the power grid, and otherwise use the airwaves to set up private networks that can help them do what they do best, and that's to deliver power in an efficient, effective way across the country.

PUF: What's the technicality? Some utilities have gone ahead and have really progressed like Southern Company, but you can't touch this spectrum, so how will they use it and leverage this action?

Chair Pai: We were wondering about that too, and that's one of the reasons why, when we kicked off this proceeding with a notice of proposed rulemaking, we asked utilities: how do you anticipate using the spectrum? The factual record that we compiled in response to the notice of proposed rulemaking suggests that there's a large appetite among utilities to use the spectrum for private LTE, or Long Term Evolution, wireless networks. Many parties have suggested that private LTE broadband is the key to the maintenance and improvement of the electric grid.

In addition to the use cases we've seen identified in that record of our proceeding, we've also granted six FCC experimental licenses in this band representing eleven utilities, the Department of Energy's National Renewable Energy Lab in Colorado, and one large enterprise company. Collectively, those experimental licensees have taken a look at a wide range of 900 megahertz private LTE use cases such as wildfire mitigation, cybersecurity, grid modernization, and resiliency.

I know that for some, in either the electric or the telecom industry, when they hear 900 megahertz, they might think of 900 megahertz from a generation or two ago when it was essentially specialized mobile radio, things like two-way dispatch and the like. But now because of the evolution of technology, we have the ability to conceive a full range of use cases based on broadband.

I'm excited to see what innovators in the electric industry are able to do with this new 900 megahertz broadband spectrum.

PUF: Electric industry CEOs are concerned about resilience and cybersecurity, and a private LTE network can be air gapped away from the regular internet so the cybersecurity impacts could be impressive. Talk about that.

Chair Pai: An important aspect of this 900 megahertz proceeding is the potential to enhance the security of this critical infrastructure. I have learned the importance of that over the course of my time at the FCC, and in part I've been educated by some of the leaders in the electric industry, including some who just a couple of months ago sat down with me and talked about the need to better secure this critical infrastructure. That's one of the reasons why I'm so excited about the 900 megahertz proceeding.

That's one of the things that's going to ensure that our electric grid is going to be there at all times, reliable as every consumer expects it to be. I'm excited to see how the electric industry uses this 900 megahertz spectrum in order to boost cybersecurity efforts.

PUF: Where does this 900 megahertz action fit into your overall plan for U.S. leadership in 5G and in technology and innovation?

Chair Pai: The 900 MHz proceeding is an important component of our comprehensive strategy. We've called that strategy the 5G FAST Plan, a plan to Facilitate America's Superiority in 5G Technology.

That plan has three basic components. Number one is to push more spectrum into the commercial marketplace.

Number two is to update our wireless infrastructure policy to make it easier to deploy the small cells and other components of wireless networks going forward.

The 900 megahertz proceeding is an important part of that first component, pushing more spectrum into the commercial marketplace. About two years ago, we originally identified this as one of the bands where we wanted to make progress back and we are now poised to bring to fruition that vision. And I'm pleased about not just what it will mean for the electric industry, but what it will mean for consumers overall.

At the end of the day, we want to make sure that these airways benefit the American public, and having an electric grid that is much more secure, much more resilient, that allows electric operators to protect against everything from public safety threats to enhancing the efficiency of their operations - those are things that ultimately will mean better, more reliable, cheaper electricity for American consumers. That's a message that is very consistent with the goals of the 5G FAST plan.

PUF: There's a certain amount of spectrum, and in the order there's a lot about protecting incumbents, including utilities in different spectrum. There was discussion about the 6 gigahertz. Talk about how you balance, move innovation, but also protect incumbents.

Chair Pai: That's a great question. We always want to balance interests that might be involved in a particular spectrum band in order to maximize the value of that band for everybody.

For example, in the 900 megahertz proceeding, we've relied on a system of privately negotiated agreements for those electric utilities that want to pursue broadband, so they're able to do that. For those that want to continue to use the band for narrowband operations, there will be an opportunity for them to do that as well. It's essentially the best of both worlds.

And that's the kind of approach we have to have when it comes to spectrum policy. The same applies in the 6 gigahertz band. We've seen a tremendous increase in consumer demand for Wi-Fi, which is why we looked at the 6 gigahertz band as an opportunity to make more spectrum available from licensed operations.

But I also recognize, and I mentioned this to the Edison Electric Institute when I spoke to them a couple of months ago, that electric utilities, among others, have important incumbent needs for that band.

That's part of the reason why we sat down with the engineers and carefully went over some of the technical analysis for how the 6 gigahertz band could be used for unlicensed operations, essentially for Wi-Fi, consistent with protecting incumbents.

For example, in our 6 gigahertz order, we said that outdoor use of the 6 gigahertz band for Wi-Fi would be permissible, but only if there was what was called an AFC, automated frequency control, to ensure that if there's an electric utility in the area using that spectrum, then essentially that Wi-Fi channel would be off-limits.

Same thing with indoor uses for consumers - Wi-Fi routers and the like. We authorized the use of that indoors, but at a lower power level than some Wi-Fi advocates wanted, because we wanted to make sure that the routers didn't emit too much energy that would ultimately bleed out of windows and potentially interfere with electric utilities.

We always have to strike that balance and we are always, of course, open to getting sophisticated engineers from any industry who want to give us more wisdom on these topics.

PUF: You're a lawyer by training but you have to understand all these engineering technicalities.

Chair Pai: It's a challenge and luckily we've been blessed with a fantastic career staff at the FCC and the Office of Engineering and Technology, as well as those from a variety of industries, from the electric industry, from the telecom sector, and others, who are always willing to come to the table in good faith and put data and calculations and facts and figures before us that we can meld them together in a thoughtful way to form a better policy.

In the 900 megahertz proceeding, in the 6 gigahertz proceeding and others, I've been grateful to those who, while they may not agree with each other on the final policy outcome, at least want to focus on the facts as opposed to pounding the table. That to me speaks to the best of public policymaking in this country.

In a video complement to this article, the Chair of the Federal Communications Commission, Ajit Pai, projects his passion about why the FCC's May 13 order presents such a potential for utilities to build private broadband networks separate from the public Internet, with clear cybersecurity, operational efficiency and other benefits.