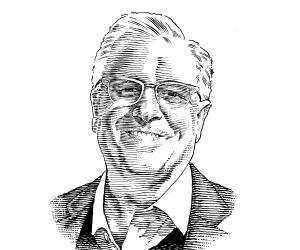 It took me awhile to really get what this is all about — this rededication by the feds of three megahertz segments of radio frequencies for broadband — until I recalled my teenage years fiddling with ham radio. Which did seem at the time to be a religious violation of some sort given ham was off limits in our Jewish family. After testing at twenty words per minute in Morse Code, at the Brooklyn offices of an obscure government agency called the Federal Communications Commission, this FCC officially assigned me my own call number, WB2IXU. Proud as a fifteen year old could be in the nineteen sixties, I purchased a set of QST postcards — QST is like yo in ham radio circles — with my call number imprinted on them to mail to folks I reached on the allowed radio frequencies in far off and exotic lands like Ohio, Texas, and once, Australia.

Something I learned in the process, and then soon forgot for decades until now, was that the FCC rules radio frequencies and determines who can use what intervals of hertz. Worth mentioning here that it was Heinrich Hertz who, in the late nineteenth century, was the first to prove the existence of electromagnetic waves that James Maxwell's famous equations had predicted. What did Heinrich Hertz get for his trouble and his brilliance? Not much of anything. He tragically died at the age of thirty-six and aside from a medal or two, he was little lauded in life, but was eternally so in death since frequencies ever since are referred to as some number of hertz, kilohertz, megahertz, or gigahertz. For instance, anytime your favorite classic rock station announcer shouts out, stay tuned to ninety-nine point-five megahertz on your FM dial, they're honoring Heinrich, albeit unintentionally I suppose.

I said the FCC rules radio frequencies, which is true. But since the most desirable frequencies are limited in number given the constraints of telecom technology and the physics of radio signal transmission — including the need to sufficiently separate uses of the airwaves to minimize interference with one another — there can be pretty intense clamoring and battling over this or that spectrum. So the FCC seems to me to be as much as a referee as a ruler, or more so I think.

About a year after the FCC issued a Notice of Proposed Rulemaking on broadband in the 900 megahertz band, and after nearly as many filings from the parties to rival a good-sized FERC proceeding, the FCC has gone and done it. From 897.5 megahertz to 900.5 megahertz and from 936.5 megahertz to 939.5 megahertz, each segment being three megahertz from end to end, utilities in particular can put their stakes in the ground, within these segments of the airwaves, and have their very own private broadband LTE telecommunications networks.

LTE? Other than the three tiny letters that oftentimes appear in an upper corner of your smart phone, what's that stand for?

You learn something every day. I've now learned that LTE, which strangely stands for Long Term Evolution (sounds like what happens at the climax of 2001: A Space Odyssey), has built-in cybersecurity defenses. I like it. Cybersecurity geeks say LTE is more granular. Huh? What's that mean? Well, different electronic components within a utility's telecom system that's granular can have different cybersecurity defenses. Which makes it very tricky for bad stuff from bad guys to get around in there — in telecom systems — and do bad things.

Then I found out that broadband LTE has extra room — because it's broad, duh — to add even more cybersecurity defenses. I really like that. Plus, the FCC went with three megahertz spaces on the spectrum, one channel that's three megahertz wide for transmitting and one for receiving, so the broadband could be super broad. Now that's a soft pitch right down Broadway!

And that's not all. Then I found out that private broadband LTE is, well, private. As opposed to the very public Internet that is a wide-open carnival of cat videos, news that is fake and otherwise, and bad guys trying to steal your personal info or screw-up your democracy. Those bad guys in Russia for example have plenty of handy ways at their disposal to compromise a utility's operations through the Internet. But if a utility's telecommunications are private rather than a carnival booth on the Internet, bad guys can't get at it from their cozy easy chairs. They'd have to take “The Russians are Coming, The Russians are Coming,” a step further, sail a submarine over to the states, step up to a utility's telecom equipment, and then plug in. Now, I totally like that, how much more difficult it would be for the bad guys.

So for the first time in the years since the cybersecurity crisis first confronted our country and our utilities, I've become optimistic we can come out on top. I've sometimes daydreamed that someone would develop a new super duper Internet — air-gapped from the wide-open carnival of an Internet we're stuck with — where utilities and other vital institutions could locate securely from the Blue Meanies and other fiends. As it turns out, that's what private broadband LTE does.

A real big thanks, therefore, to the FCC. This rededication of three megahertz segments of radio frequencies for broadband looks like the coolest thing the FCC has done since giving me my general amateur radio license decades ago.