Brandon Presley is President of NARUC.

NARUC President Brandon Presley hails from the great state of Mississippi, where he promoted broadband access and bridging the divide aimed at closing the gap in access to utility services, prior to announcing his platform as NARUC's President. Call him prescient, as his platform was thrust front and center not only by the pandemic, but by the FCC's May 13 order presenting unprecedented opportunities for electric utilities, making a key segment of spectrum available to use for broadband data platforms to support the modern electric grid. 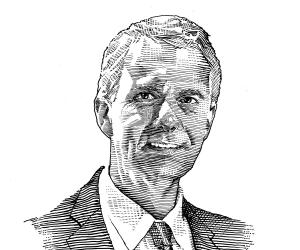 PUF's Steve Mitnick: If someone didn't know rural broadband was one of the top priorities for our industry before, doesn't this current crisis show how important a priority this is?

President Presley: Some of us have been talking about the need for broadband access, particularly in rural communities, but even in urban and suburban communities. The pandemic has shown how not only that the digital divide exists, but how deep it is, and even how it's growing in this time.

I say it's growing because more and more people are relying on broadband and connectivity in some form to conduct their daily lives, their business or their schoolwork. There are obviously strains on the system and it's not only exposed the digital divide, but it's maybe even gotten deeper simply because of the utilization of infrastructure.

This has shown, in stark terms, up close and personal, why I consider this an issue of not only national security, but economic security. Much of America today, as far as commerce and day-to-day life, is held together by the broadband network.

PUF: I've heard stories of teachers and families where their internet went out and they had to stop working.

President Presley: As an elected Commissioner, I represent counties in which school teachers are having to drive a county over to sit in a parking lot of a fast food restaurant, or libraries, to be able to do Zoom calls with their students to keep them in line.

That has exposed this, and I feel firmly that we have to come out of this with a response that is rock-solid and are going to get this fixed once and for all. There are roles for everyone to play in this and there are models around the country that show where partnerships can exist with electric utilities, for instance. Many of our electric cooperatives are taking up this challenge and then fixing it in many places in rural America.

PUF: The FCC Chair put this on the agenda so it looks like there's a chance that they're going to carve out some broadband for utilities, which might be a growth spurt for them. Have you seen that and what do you think?

President Presley: Of course, I support any efforts to increase our capability. I know that the six megahertz is there, and I have supported that. I think that we can walk and chew gum at the same time.

While we're not only taking care of utility needs, there are other ways that the FCC is working now in rural digital opportunities funds. States are being collaborative in finding ways to solve this problem.

Mississippi has been a leader in that and now we've done it. You're seeing throughout the nation an emphasis on this. It's important for utilities to have access as well, and there are multiple ways in which to do that.

PUF: What got me excited is it seems as if with the 900 megahertz, a number of the utilities are going to invest in sending crews out and spending money. We want them to hook up everybody at the same time, right?

President Presley: It's important right now for us to look at shovel ready projects and things that can happen. There's no doubt electric utilities have a major role to play.

The practical aspects are that they have electricity to their homes. Second, they are drivers of investment. As we're going forward, it's important that we look at that through both those lenses.

Again, I go back to an all hands-on deck approach. There's a role for electric utilities. There's going to be a need for fiber throughout the entire utility spectrum.

We need to face the reality that you have a need for fiber in the utility space, at the same time that you look at the needs of the people. How can those be combined? We try to get the maximum benefit out of investment projects as we go forward.

As a Mississippi Commissioner, I've supported and advocated for grid modernization projects that couple smart grid investments and the investment for broadband in rural areas by fiber. We just formalized fiber investment for smart grid/broadband partnerships as a priority in our integrated resource plan with the ability for our utilities to spend up to ten million dollars per year on fiber optic format to meet the utilities' needs, obviously also looking for ways to leverage that investment with broadband expansion where possible.

One of the tests in there is, are we also meeting the broadband needs of the state? We're in a new world and part of that new world is the fact that we've got to view, clearly, broadband access as part of it.

PUF: What can the regulator, your fellow Commissioners and their Staffs throughout the states, do to push this forward, especially at this unique time when the FCC is acting?

President Presley: We should be encouraging our utilities to look at this in a new sense. Are we scooping up every advantage of this view pushed by the FCC? How do we meet the holistic needs of our people?

Are there smart grid projects that come with broadband access that could help across the spectrum? Again, we have to somewhat do away with the old preconceived notions of looking at things in a silo and move to looking at them holistically as ways in which to meet these needs, because they're all interconnected. They're all intertwined.

The need for broadband is commensurate with the need that utilities have for smart grid and grid modernization. How do those two intersect? What are the benefits?

I'm not saying that we have all the answers, but this is a question we all should be asking. If we're deploying smart grid technology into an area in which you are passing a home with the smart grid project, is there a way to stop off at that home and provide broadband?

There is a mutual interest between the utilities and meeting the needs of their customers in a non-traditional sense. Those opportunities exist. Monopoly utilities, those who were in a regulated market, must have economic growth within their specific service territory for the health of the utilities, and for the good of the customers.

We know in Mississippi that if you're able to get fiber to the home, that increases the value of that home around seven percent. Well, you have just grown the value of your area. Number two, we know that it increases economic development.

People are able to connect more, or there is a self-interest for the utilities if you're looking from a pure business side. From their perspective, there is a self-interest to see their service territory grow. One of the ways we know we do that is to increase connectivity. Public utilities of all nature, of all deliverables, of all service types - gas, water, and electricity - are all opportunities to some degree that are possible.

I surely don't seek to dictate how that would look in other states. But it's important that we ask ourselves this question. We need a rock-solid determination that we will do everything we can.

I'm not talking about specific Commissioners, I'm talking about as a country, that as the American people, we knew there was a problem, and yet we let opportunities pass us by. I don't want to be in that position.

In Mississippi, we're going to push hard to understand that better.

We just created a neighborhood task force on emergency preparedness, response, and resiliency. I have a subcommittee in that task force dealing solely with lessons learned from COVID-19.

We're going to put together a real comprehensive look. I'm proposing that would be a two-year task force that will come out and make these reports that we will be able to learn from. I want to see us lead in all of these areas, and one of the facts is that we've got to look at this broadband issue.

Broadband is a common denominator that is something that is one of those very few issues in today's political climate that everyone on both sides of the aisle can agree is a problem.

Maybe we have disagreements on how to fix it, but we all recognize that this is an issue. Going past COVID-19, you're never going to have to spend a minute debating with somebody whether or not broadband access is needed and the fact that an internet service is not electric.

In a video complement to this article, NARUC President Brandon Presley inspires us on the national priority to broaden broadband access to rural and other left-behind communities and talks with the PUF team about the natural synergy between utilities’ build-out of their private broadband networks and expanding customers’ access to the public Internet.